I Think They Are Gonna Do It 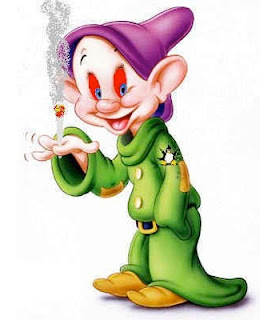 I think they're gonna do it.

I am seriously torn about it. I grew up with pot in the schools but being a bit of a redneck I left it to the stoners and party animals. I didn't fit into any groups in high school and just kinda went my own way. I drank too much as all kids do but was smart enough not to get hurt. My older brother did pot and the lighter drugs and he was smart enough not to get hurt too. I've always regarded pot as something for kids and stupid people but was shocked to learn that of everyone at work, the manager and I are the only ones that don't do drugs.

I am against legalization on a couple of principles

- once you legalize this shit, every other druggie and turdie will want his poisons legalized too. Incrementalization is what it is. What next? Opium? After that? Crystal meth?

- the optics are - as with anything involving liberal morons - bizarre. We'll shit a brick over people smoking - and then encourage them to do this stuff too?

- the pot on the market today is not the harmless weed it was 100 or even 20 years ago - the THC levels have increased by orders of magnitude through selective breeding and genetics. Pot heads will actually claim this shit is good for you but you can tell just by looking at long time users that it isn't. Listen to them talk and try to reason...and you know it isn't.

- the law enforcement problems won't go away - instead of asking the question 'Is this kid smoking an illegals substance', the question becomes 'How intoxicated is this kid, how do we measure it and how to we punish criminally negligent use of it?"

I have no issues with people using this shit on a personal basis. My neighbours do it and I could care less. Sometimes the music in the house is a little loud but they shut it off at night and other than the smell you would never know anything is amiss. They're courteous and discrete, and otherwise they are just regular working slobs paying their own way and trying to get ahead like all of us. Most users I know are like that. The only people getting seriously busted for drug use in Canada are the assholes who lose control of themselves and start trampling the rights of others. Because our courts are infested with liberals - our judiciary doesn't punish wrong-doers unless they have REALLY done something seriously wrong. Any extra laws that force them to punish criminal behaviour are just fine in my books because they don't enforce half the laws we DO have. Again - this is life in a land run by liberal assholes.

As I said, I am conflicted. In other news, Turdo La Doo's gubbiment overshot their budget by 8 billion this year, the economy is going down the crapper - but one has to have priorities I suppose.