Pizzagate: A Fart By Any Other Name Would Smell As Rank


I used to be a naïve person. I think most folks are in their youth but as I got older I started seeing people for what they are, largely by judging them by what they do. What they say is almost irrelevant with the worst of them.

When the Bill Clinton/Monica Lewinsky thing blew up, I was kind of disgusted with the conservatives. I hated Bill Clinton as much as anyone - but really? Smears like that? As if a PRESIDENT of the United States is gonna risk his family, his marriage, his job, his reputation - right in the Whitehouse with eyes and ears everywhere.... for a gummer....? Pull my other finger fellas, it has bells on it!

And then of course, the truth came out. That enough was a blow to my childish world view right out of the water - but when he sailed through everything with a nudge and a wink to his pals, and a raised middle finger to the nation - suffice it to say my opinions world views changed. Yeah, I really was that naïve.

Neil over at the Golden Geese throws in his two cents about pizzagate.

I am not entirely familiar with the ins n' outs of this issue and admit it right up front. I've only seen the snippets and bytes everyone else has. But I have some empirical observations and I don't like what they suggest.

Question: what are people the same age as you or I ... or older ...  doing in a kids' pizza parlour? Guys
our age might dip in for a burger at the usual fast food joints when we lose our resolve. Or we might go out with the wife to dinner at a regular or even a fancy restaurant. We  wouldn't go out to a ping-pong pizza joint for kids. America's rich and powerful elite politicians almost certainly wouldn't. I doubt they would send carefully worded, ambiguous emails about it if all was on the up and square either.

Unless they are pedos, of course. If anyone has any other explanations, I'm all ears.

Observations: The media, en masse, is almost unanimous in dismissing this as conservative paranoia. When I was a kid, old dinosaur journalists would be right up front, champing at the bit and asking tough questions of everyone involved and demanding answers and wanting to be the first with a big scoop. Today they are all in lockstep denying anything amiss despite plenty of evidence to the contrary.

These are the same guys that told half of America that they were deplorable racists and that Hillary was gonna be the next president of the United States. This smells like another white wash/cover-up to me.

I won't be surprised if Neil has the right of this. 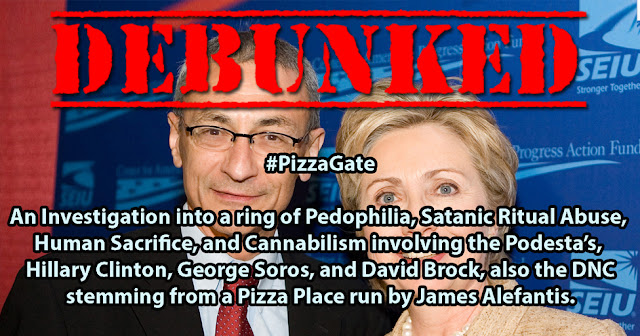 Nobody except the liberals, some obscure nutters and the media said anything about child sacrifice,
cannabilism etc.
Child prostitution is what it looks like, and given the Clinton's
family values (and many of their friends) which are a matter of public record - the
accusations are entirely plausible and need to be addressed.
From where I sit, this isn't settled at all.

Contrary to Neil though - I don't think this is gonna "blow up". It didn't for Bill Clinton when he was getting gummers from Monica in the Oval Office and it won't here either. It will be a nudge and a wink, and it all goes away just like that FBI investigation on Hillary.

Years ago in Canada we had a creepy socialist party leader of the NDP - Jack Layton - we referred to him as 'Gassy Jack'. Anyhoo, the RCMP received word that young Vietnamese girls were being brought into the country, and set up in cat houses and forced into prostitution. (Prostitution is not legal in Canada and guys like you and I would go to jail if we were caught being involved in it). A local massage parlour was targeted as one of these operations, and the red coats stacked up outside the door - and then burst in, netting prostitutes and johns alike. Soon the only people there that weren't in cuffs were the cops! They loaded the lot into a paddy wagon, and sent  down to headquarters where they started to process 'em and sort 'em out.

One of the johns caught with his pants down was Gassy Jack Layton, who had been busted in a room with an underage Vietnamese prostitute. Gassy had a thing for yellow meat because his wife was of oriental extraction too. They had this shit-bird dead to rights - if it had been you or I we would probably be in the slam and our names would be in a sex offender registry. Our wives would probably have shot us, and we almost certainly would lose our jobs. 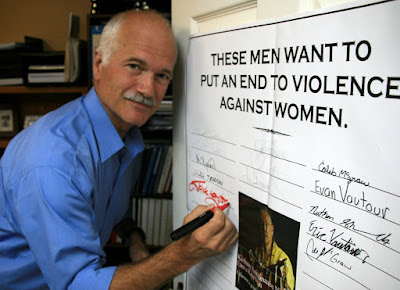 You were a real piece a work, Gassy.


The media and his groupies gawped in shock and horror... and then promptly went to work. "But...but...but...he wasn't there to fornicate! Heavens no! He was there getting a therapeutic massage!!!! How dare you insinuate that Jack engages in prostitution!!!! Why are we even discussing this?!?!?" And - before ya knew it, the media dropped everything, swept it under the rug, and the rest of the perps went before a judge, and Gassy went back to his posh office on The Hill. A couple years later he died of cancer - after a positively heroic battle with it, of course.

Today the chubsters with the nose rings and pink hair, the gay hipsters, the childish millennial social justice warriors and the greasy, elderly hippies remember Gassy as a folk hero. Lemme fix that caption for ya: "DON'T TURN YOUR BACK ON GUYS LIKE JACK"


That statue is in serious need of some pigeons.  I hope the Americans are smart and ethical enough to run this down and punish any offenders if required... but I fear their system and the people that run it are easily as corrupt as ours. Most of all I pray for the kids. Yannow, we kicked the STUFFING out of the church when those kiddie-diddling priests were doing their thing... but we let people like the Laytons and the Clintons walk away with a disgusted shrug and say "Whaddya gonna do?"

What does that say about us?
Posted by Glen Filthie at 06:39