HD Comes Into The 21st Century

Today I dropped into the Harley Ferguson shop to kick some tires and see what the new bikes were like. Good lord - they have a new engine out that departs radically from previous models. The new CVO features a 114 cu. in. engine with 4 valves per cylinder and honest-to-god liquid cooling. 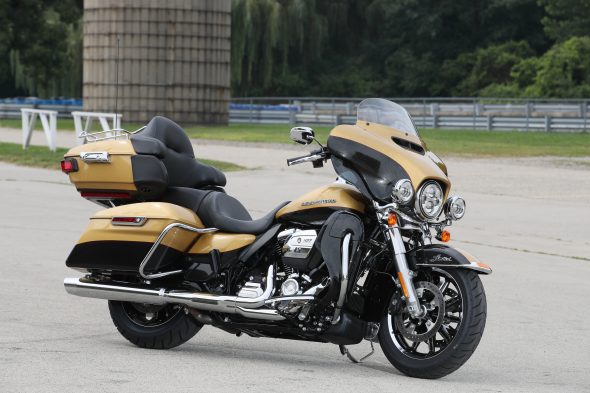 I am going to see if BW can be talked into one of these. He has LOTS of money...

The one I saw was in Putrid Lime Green - right up my alley! But then the price tag: $50K! GAH! Even Uncle Bob would choke on that!!!

Of course the Japs have been doing this for years with modernized V Twin engines while Harley chugged along on its classic air cooled tourers. I love Harleys, but gawddammit - I GOTTA have my engines liquid cooled and that's that for that! It gets too damned hot at the height of summer, and you load a bike up with the wife and luggage - and those engines work and get HOT. That rear jug likes to heat up on my Jap bike that is liquid cooled... so I can just imagine how roasty and old air head engine gets! No sir - this is the 21st century and if Harly won't get in the game, they can go home as far as I'm concerned. 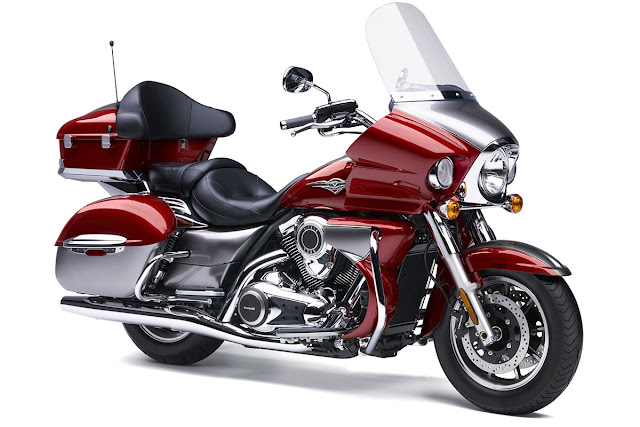 This is my current ride. Not a bad looking bike... but it ain't a
Harley...

That ship has sailed for me - I have the Kawasaki Vulcan cruiser and it does everything I need. Had Harley been around a couple years ago I would have given this beast serious consideration: it's built here in North America, it's built with American hands and it sells on style and patriotism - I can shell out a fair amount for those. Even so - $50K is a little steep. I can't justify that - but I want those Harley guys to know that I really tried hard!

They've got a modernized machine, they've retained the good looks and the style... and they need to work on the price point or they won't sell many. If you twisted my rubber arm you would get about $42K - max! I will never shell out that kind of money on a bike even if I win a million dollars... but it is fun to think about on a dreary winter day.

It's an interesting new bike - if you haven't seen these yet, you owe it to yourself to at least check them out. It would be time well wasted.  :)