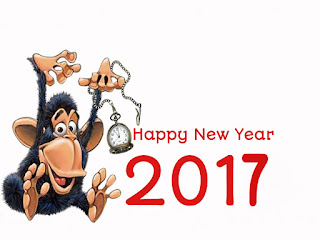 I just got this unsigned card. Can't tell if it came from President Obama
or the Blogger score board monkey...


2016 was a good year for me. I am pretty much done grieving for my family. I know, I know – “took ya long enough, didn’t it???” Sometimes these things just do. Families that break this way seldom break clean as mine did. There’s two ways of dealing with grief: Ya take it all up front like ya do when a loved one dies… or it comes out in dribs and drabs as it does with a prolonged illness. Either way eventually you have to bury the bodies and move on. I am moving on but I still look back sometimes. Also, when ya hang around the creeps and bums that I do, checking your six is always a good idea! HAR HAR HAR!!! (Not mentioning any names but crabby old farts will put a boot up your arse just for the fun of it if you let them. It’s funny when it happens to somebody else but when it happens to YOU…things’re different!)


Pete has one up about New Year’s Resolutions that I really like. I often take what he writes to heart even though he’s full a beans on some things. Who isn’t? So I sit here, lining up the pros and cons of my life and I’m absolutely astonished. I don’t have much to really bitch about in life! I’ve got everything a bum like me could reasonably ask for. My marriage survived some utterly impossible obstacles – I still marvel at that. I love my wife more now than when we were kids. Every rose has its thorns, and although some would say I am thin-skinned… maybe I was, at one time. “Was” being the operative word in that.  I have TWO dogs. The Littlest Hangar is filled with unlikely drones and all out fighter planes. You can never have enough guns – but I can get by for now. The bills are paid except for the wife’s car and if things get stupid there – I will pay it off and tell the bank to go fly a kite. I am not rich, as Uncle Bob says, but I’m free. I give thanks to my Maker for that and understand that freedom is a transitory and relative thing.


And the bugger of it all is that I don’t have the SLIGHTEST idea what to do with myself! I’ll keep working and banking and saving of course. I will never stop doing that. But other than sprucing up a 20 year old house I have no REAL problems. Hell’s bells!!!! I should be at LEAST four times happier than I am!


I remember, back in the early 90’s I was going nowhere, working for peanuts driving a forklift and working for and with assholes. I never thought I would get ahead. One day I found myself unemployed (again) because of the downturn in the economy and I just had it. I came across two autobiographies – those of Lee Iococca and of General Stormin Norman Schwartzkopff. Both of those guys had a life philosophy that has never failed me. Take ownership and responsibility for your problems. Evaluate them, see what you need to overcome them, and gather your resources. Then you attack that problem head on and keep pounding at it until you’ve dealt with it. Don’t complain, or whine (I have problems with that sometimes) - or give up. Defeat is often just a state of mind. 25 years later… this is where I ended up. I am not a business tycoon or a 5 star brigadier general – but I don’t have to take shit off them either! The feminists, the snowflakes and the various victim groups don’t understand that nobody else can empower you – that is something you have to do for yourself and there’s more to it than nagging and whining and giving the finger to old white men (and for the record, children – same to you! LOL). EARN the respect of others and eventually you have to respect yourself.


Yannow, that’s what’s wrong with kids today too. Nobody tells them that you need to wear chains and work for awhile before you can set yourself free. They expect everything NOW, and figure they are entitled to things that us deplorable old white men spent our lives working for. They have it in their heads that making sacrifices and saving will never pay off – so why bother? I wanted to shoot a young lady at work last summer – she was hopelessly mired in debt and blamed the banks for all her credit problems. And of course, the answer to her problems was to bring in a gov’t that would tax greedy rich people – like Yours Truly, apparently – and give our money away to more deserving citizens. What a wretched state of affairs, when men like me are considered “rich”. I am wealthy, but not in the way that clucky young bint thinks. We’ll see how ‘wealthy’ we are when we hit retirement! 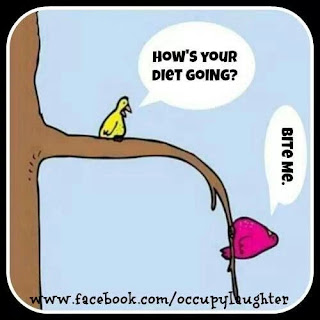 May all our problems for 2017 be as light. I would like to wish Uncle Bob, BW, Chicken Mom, Gorges Grouse, Wirecutter and anyone else that stops by here – a very happy and prosperous new year. I thank you for your patronage and friendship and will try to reciprocate in the days ahead.


All the best and God bless


Filthie
Posted by Glen Filthie at 21:21