If You're Wondering What That Putrid Stink From Alberta Is...


It's just me out at the rifle range shooting again. 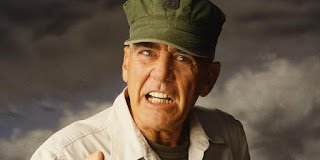 I'll start doing my push ups as soon as I'm finished this post, sir...
I bet The Gunny never had to put up with the slumps
I am having...

Yesterday I took out my National Match M1A. And yeah, it was windier n' chit out there... but I turned in a disgraceful performance that I can't blame on the wind. I've seen hare-lipped retards shoot better than I did yesterday! 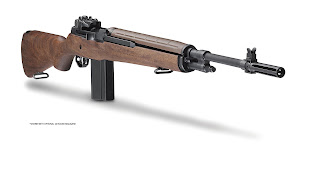 How can ya miss with a rifle like this? Don't ask me - I
can't seem to hit the broad side of a barn these days..
you guys down south might want to keep your heads down next
weekend when I step up to the firing line again...


I'm one of those guys that has problems with autumn. The days get short, the weather goes for a chit and I just get bummed out sometimes. This year was pretty brutal - I stopped shooting, I stopped flying my crapcopters, and just vegged out, I guess. There are times too, when you get bored and just need to take a break for awhile. It wasn't so bad when I was younger because there was hunting season and winter camping to be done and that went a long way to dispelling the cabin fever that can make life up in Canada a real pain. These days, the sun comes up at 8:30 and starts going down at 4:00. I shouldn't bitch, for the guys up at Inuvik and Yellowknife the sun probably set back in October and won't be back until March or April! I wonder how they stand it - I need sunlight!

So - without practice my rifle skills went into the crapper. The good news is that there's only one way to bring them back and that is with practice! I am going to force myself out of the house and out to the range as much as possible. It's time to sharpen up with the handguns too. This weekend I loaded up 300 rounds of .45 Long Colt and will prolly put some 7.62 NATO rounds together during this week.

To be a good rifleman you need to do the legwork. It isn't just a case of picking up a match rifle and blasting bullseyes. You have to work on your load development - I just went with the standard 168 grain HPBT Match bullets on the standard powder charges. I need to sit down, bench rest this rifle and suss it out with different bullets and powders. For the record - you have to be VERY careful with that when working with the M14. They are famous for case head separation and they are very picky about what they eat. Chamber and port pressures are critical and you don't have the room to experiment the way you do with a bolt gun. Do your homework before reloading for the M14.

I'll keep you posted. In the meantime, there is a $5.00 fine that will be imposed on anyone mocking or laughing at my marksmanship! Until further notice, Filthie's Thunderbox will be a Safe Place for those having marksmanship-induced self esteem problems. No micro-aggressions or triggering comments will be tolerated!!! 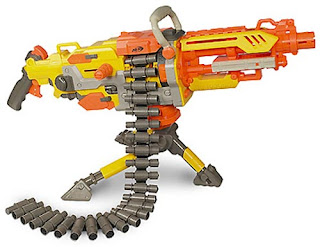 Until further notice these are the only guns allowed around here. Given
the sort of retards that frequent the Thunderbox this
might be a valid safety precaution, HAR HAR HAR!!!


Have a great Monday, and may your shooting be true.
Posted by Glen Filthie at 11:43