Why is it that the old nickel goes, 'Never look back'? I always do, and always have. If ya don't know where ya been, how're ya gonna know where you're headed? 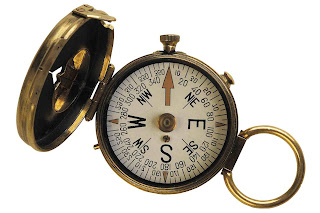 Ya can't trust this thing. Feelings and emotions are magnetic so ya
wanna check your compass often, if ya catch my drift. A small
problem here can mean a very, very big one on the map.

Last night I caught the wife giving me the stink eye. Christmas has typically been a real tough time for me since our family imploded and it's pretty much all my fault. When it comes to family values, I will not be dictated to or lectured by militant atheists, homosexuals, social justice warriors, cultural Marxists and other modern new age twerps - and that pretty much describes my wife's family. I've chronicled my differences with them before in these pages and feel no need to open old wounds and bore you with spilt milk again. Suffice it to say that in 2016 I tried to mend fences with them and they pretty much spat in my face. It was the last straw and I told my wife she could go with them or come with me, but she couldn't do both. She came with me, and cut her family out of our lives the way they did with me. Last night was her first Christmas without them. Who knows? Maybe her family will re-think a few things and smarten up? If they do, I will be amenable to patching things up. If they don't - well, we all have our own paths in life, and they will not be on mine. Life with them in my hair is something I would rather NOT look back at, to be honest. I think my marriage will survive but who knows. My wife has to be having second thoughts of her own.

2016 was a bust for flying and shooting. I didn't do nearly enough and my skills are proof of it. Didn't put enough miles on the motorcycle either. I DID buy a new lawn mower and a gas powered pressure washer though - I bought them both a couple days before the winter snows began to blow and they were blowing them out on sale to make room for the incoming snow blowers. I can't wait to get them out and run them in 2017. The hell of it is that the shop I bought them from here in my town - just burnt down about two weeks ago.

As far as current events go - I am just thrilled with what happened in America. When Trump put the boots to Hillary's fat ass, he also put the boots to political correctness. Hillary's conduct was as damning after the election as before it. She blamed everyone except herself for her loss. I see that black baboon in the Oval Office isn't happy at all about it either and is trying to do as much damage as possible before he gets the punt in 2017. Like me, America has done some healing and recovering in 2016 too. And we've finally stood up against some morons that were taking advantage of our good nature. Yes, we want to see everyone get a fair shake. Yes, you have the right to free speech and to privacy. SO DO WE. And being offended doesn't make you right.A few politicos and the two most powerful provinces of Canada seem to be coming to this conclusion too. Our next big election may be interesting given that half this nation are freeloading parasites.


People are beginning to call a spade a spade again...
And it's good to see.


Work was there. Our senior sales guy left - he was a man who I thought was my friend but when money and ambition are in play... maybe nobody is your friend. I don't blame him for leaving us and starting his own company, I just wish he'd handled it better. I found myself pushed even closer to management as a result and I am not happy with that either. I know what a REAL manager is and I am mature enough to know I don't have it. I know any number of poseurs that think they do, though, and I won't be one of them. Fact is, in today's workplace environment of token vibrants, endemic misogyny and perpetually hurt feelings - I dunno if a real manager can cut it either. Most seem to get fired just for doing their jobs.

Welp... it's time for me to get off my arse, start cleaning up after Christmas, and getting on with it. 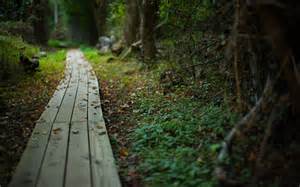 I won't be back by this way again.
It hasn't been a bad year, actually. For now, this
path looks good.