Ya can't say he wasn't warned. But now he's gone and DONE IT.

All the fuggin Yanks down south are getting hammered by cold weather. Charlie and his hens were buttoned up tight in Coopville. I think Wirecutter was freezing his arse off too. At least they had the decency NOT to get racial about it...but not PP at The Smallhold!!!! Oh no! He has to open up his yap and start blaming all his crappy weather on us poor, downtrodden Albertans. When he opened up his gob and started bitching about 'The Alberta Clipper' - poor BW burst into tears and had to go spend some time with the Play-Doh in his safe place. (I swear if he mixes up all the colours again, or eats all the green - I'm gonna kill him!!! Errr....but I digress). I got so offended that I am retaining Uncle Bob as my lawyer in a frivolous lawsuit against The Smallhold for libel, defamation and hate speech! We're gonna cash in!!! 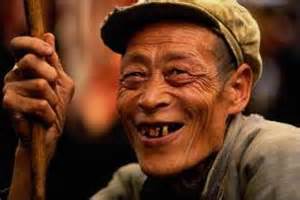 When you say 'Alberta Clipper' to us Albertans, this is what we think of :
a chinaman that lives in Alberta.

What you stupid, ignorant, racist and deplorable Americans don't realize is that our weather here in Alberta has been hacked by the fuggin Russians! It's true! 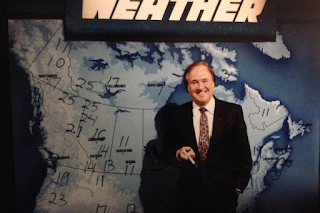 This is Bill Matheson. He was THE weatherman here in Alberta for at least
three decades.
He's probably the only weatherman that properly understood
and explained Russian involvement in bad weather.

Nowadays the weather forecast on most news programs is handled by an attractive bimbo, a token vibrant or an urban metrosexual that reads off a teleprompter. And they're usually wrong, too.

When Bill Matheson reigned as Alberta's weatherman, the weather map became a war zone - and nothing eluded the master forecaster as hostile air masses did battle over entire continents. Bill would berate and admonish the treacherous cold fronts and seductive warm fronts as they advanced and retreated, and narrate these titanic battles as Mother Nature tried to equalize the temperatures across our continent. The biggest offender for bad weather was the Siberian High. (I think that beshitted weathermass is manufactured by captured Nazi scientists working out of a secret lab in the wilds of northern Siberia). Whatever causes it - that thing would send chilling winds howling across the plains at wind chills that made urination in a public park rather risky. And of course, once we were frozen rock solid here in Alberta - it would go straight down the American gullet and freeze tongues to lamp posts as far south as Texas! It's the Siberians doing it! Not us!!!

Contrariwise - our best friend for Albertans was The Idaho High - it brought warm chinooks up from down south that would thaw out the cars, the people and the schlongs of urban outdoorsmen like Yours Truly.

So you see - Alberta is entirely guiltless and blameless in your horrid weather. And - unless ya want to be tied up in court by my ace lawyers, you'll do away with your anti-Albertan weather slurs post haste!
Posted by Glen Filthie at 08:54