Canadian Hate Crime - It Wasn't Me

It wasn't me. I LOVE fat, stupid and smelly women! I respect and admire bitchy, flat chested homely feminists with bad haircuts!!!! Please don't punish me!!!! You can't prove anything!!! 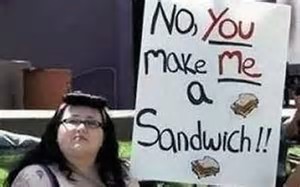 Feminists are so cute when they're mad, HAR HAR HAR!
(Except for the fat ugly chubsters).

The kippered police forces in Britain are on high alert! According to the boys at The Return Of Kings - we had drawn the ire and scrutiny of the tofts at Scotland Yard - while a fig farming goat feltching moslem vibrant and ethnically diverse youth - was mowing people down and mass murdering kippers and limeys with gay abandon in London. Is it just me? Or is that crap over at the CBC reminiscent of the kind a chit ya saw back in elementary school? If this is true, the Nanny State is in no position to challenge militant radical islam. You morons in law enforcement might want to take a second look at guys like me. All I want to do is tell dirty jokes, go play at the rifle range and otherwise be left alone. I would remind our crime fighters that your moslem assailant killed a cop too. I would argue that mass murderers should be a higher priority for you than dyspeptic crabby old stubfarts and internet trolls. 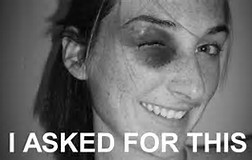 I love old world Mounties. I used to shoot archery and guns with a gang of them - they're all retired now. One thing that made me laugh was their candid and brutally truthful description of domestic violence. I quote from memory, but almost verbatim: "Domestic violence and spousal abuse is almost always a case of two idiots fighting, and the smaller idiot losing." As I get older I think that pretty much goes for all altercations with women. Sure, violence against women is a sin and should be punished...but I'm sorry gals. Telling a filthy joke is not sexual assault. Nor is a guy asking you out on a date. Nor are a couple of snarking internet trolls on your Twatter page.  Us evil old white men used to think about women and children in the same terms and stuff like this crap on the CBC is the reason why.

If I have the wrong opinion, and any ladies of intellect and worth want to explain why - I am all ears.
Posted by Glen Filthie at 11:20