...although you would be correct to suspect it! I've been shooting black powder guns all morning. When I got home I threw the brass into soap and water in an expendable Tupperware and now the whole house smells like the sewer backed up! The old lady will have my head when she gets home, HAR HAR HAR!

It'll be worth it. I am almost finished shaking hands with The Retirement Rifle - a Italian made reproduction of the Remington Rolling Block. I put my first serious cast lead boolits through it today too! 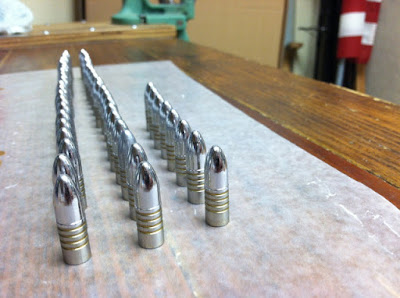 Courtesy of CW over at the Daily Timewaster, we can see what properly cast
lead bullets should look like.

Mine came out a little wrinkly... I cast outside and up here in Canada she's still a might chilly during the day and I can't get my lead hot enough to pour like that in these cold temps. I managed to get 12, pan lube them and shoot them. 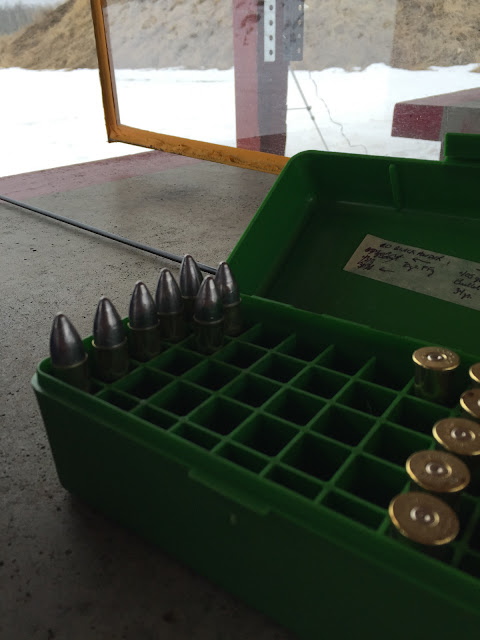 Preliminary groups came in at around 3" at 150m. That's about as good as I am gonna do at this point, but I have the sights zeroed and things can only get better.

The Hemmorhoid Rifle (1876 Uberti lever gun repro in .45-75 is another story. I am shooting 350 grain flat points in that and groups are running a foot and a half at 150m. I have some homework to do there. But - I have everything firing period correct ammo and the single shot is shooting semi-seriously! Can't beat that!

When I got home the first thing I did was take the guns downstairs and mop them - more stench! HAR HAR HAR! Most folks are amazed to learn that cleaning black powder guns is faster n' cleaner than smokeless. It just stinks a helluva lot more! She was a good day!

Then the stink in the house got the best of me so I went over to Flapz' to help out with a new trailer he's building and rob his beer fridge. His new gal promptly accused me of shitting myself and wouldn't believe me when I told her about the black powder. (Smart kid, I wouldn't believe me either!) Flapz is currently in my debt and I make maximum use of it to take advantage of him and his good nature. Lookit what I found hiding in his dump of a garage: 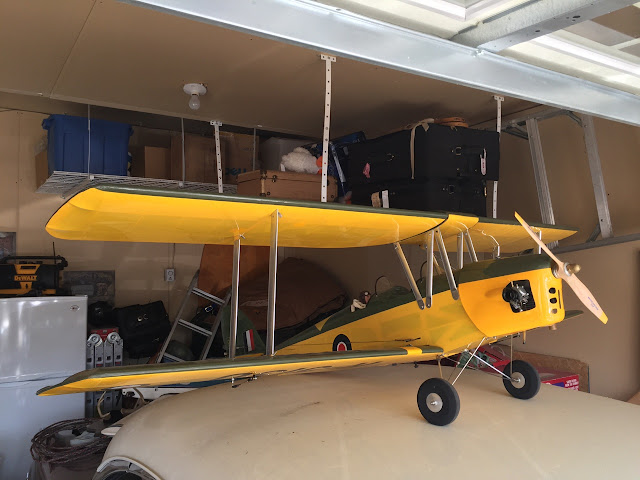 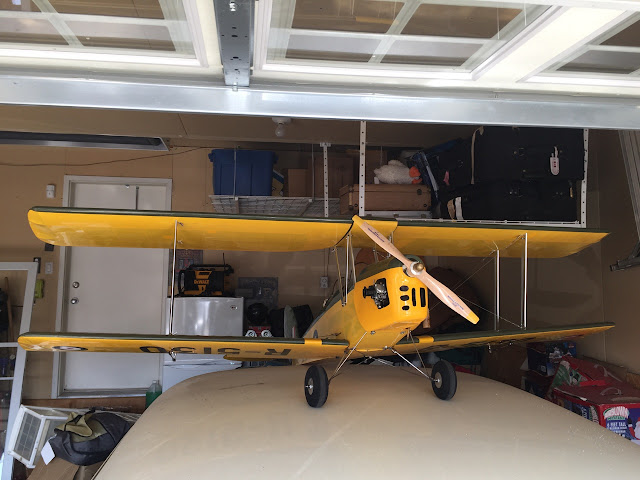 I'm gonna swap him my super fast Hawker Sea Fury for it. This has a DLE 20 gasser engine and is the plane of my dreams.

In any event, the sun shines, I have dawgs to walk and more bullets to cast and beer to drink.

Try and stay upwind of my place if ya can.
Posted by Glen Filthie at 13:58