Popping Pills With Jim And Kim


I like Jim but he's not for everyone. He seems to think that women aren't worth a hill of beans without a man to tell them what to do and where to do it - and make 'em do it if they get stupid about it! I've seen him proven right, and I've seen him proven wrong by the women in my own family.

Kim du Toit tries to take a more balanced approach but he's confined his scope to celebs when he talks about female train wrecks. I don't think that's fair - those girls that go into the Hollywood fast lane have it damned tough: with celebrity, every huckster, shyster, and slob paparazzo will be out to get a piece of them by any means possible. With friends like that it's inevitable that they won't go careening off into the guard rails eventually.

I've always tried to be polite and sympathetic to men dealing with train-wreck women. I used to believe that such women were the product of poor genetics and poor parenting - and in my conceit I hung myself on my own petard: my own daughter is a militant lesbian social justice warrior and a 'gay artiste'. It would be both accurate and vulgar to say she's a fuck-up. Perhaps 'train wreck' is a better term. I used to think that one day she would grow up and redeem herself but ... Jeez, those red pills go down hard.

Ever see this one? 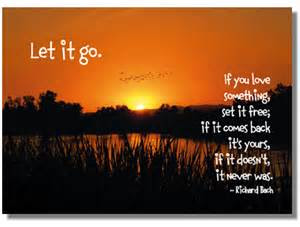 I used to think this was the dumbest
motivational poster there was.


I dunno what makes a train-wreck woman. I've seen several and like Kim - I won't have them in my presence. When my daughter was a kid growing up I was convinced she needed a trip to the woodshed far more than a trip to the head shrink but maybe I got that one wrong. But one thing I have noticed is that they are all their own worst enemies.

I hear the jargon those guys are throwing out like 'red/blue pills' and 'NAWALT' and MGTOW and I just shake my head. When did life get so complicated? That poster above now makes sense to me. At least the upper left, anyways.

I wonder if those pills the boys are taking aren't suppositories? Ya think?