Perhaps I should re-do that title. Sex Ed implies a tutorial - and this is certainly not that. I see the kids behaving the way they do with bizarre, new sexual roles ... but I'm at a loss to explain them. Take this one, from Chapeau Heartiste: 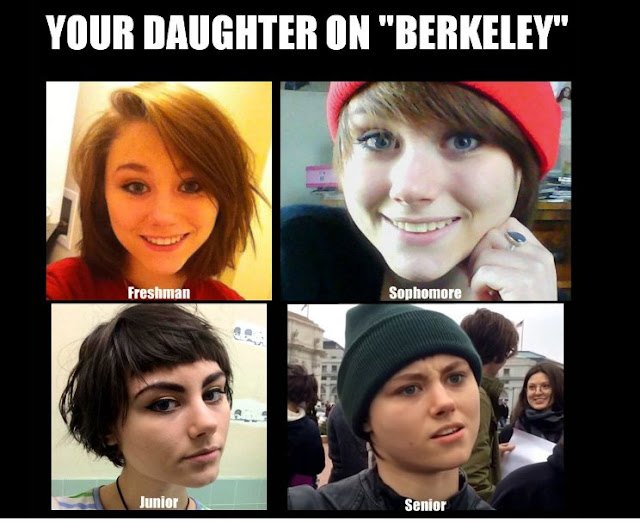 It's a thing. Most continuing education - especially the mickey-mouse
arts and humanities programs - are perfect ways to
destroy your daughter.

Now you older types might scoff and laugh this off and say, "Oh jeez, Glen - they'll grow out of it! Don't get your panties in a wad!" Welp, FYI - my panties got wadded up, shredded and burned away 7 years ago, HAR HAR HAR! Seven years, and my daughter hasn't grown up yet. I honestly believe she won't either. She's in her early 30's and that biological clock is ticking down.

My in laws think I am an idiot. All that matters to them is that their snowflake princess is haaaaaaappy. I am just being a mean old patriarchal curmudgeon for expecting my 32 year old daughter to have an adult's job, a savings account, life insurance and all the trappings of a middle class citizen. So you may laugh at Heartiste and Filthie - but I've seen this shit. It's real. I have no proof of it, but I think a lot of this idiocy goes out the window and does not apply to young women enrolled in the honest STEM programs that actually require effort, rigour and critical thinking.

I'm not whining. Things could have been much worse. 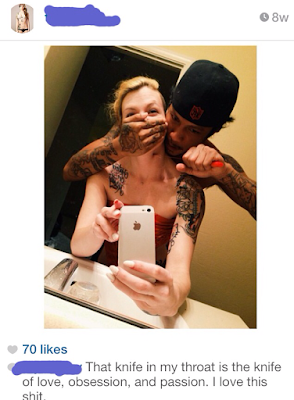 I'm a racist and a bigot because I can see the obvious folly of a lady taking up with a man like that and will say so. Look, I won't tell young women who they can marry - but gawdammit, I am getting sick and tired of raising their kids as a tax payer when their idiot life choices end in divorce. (Guess that makes me a misogynist too! Who knew?) I saw a study awhile back that showed that close to 100% of marriages involving white women and black men - end in divorce. At some point ya gotta call a spade a spade! 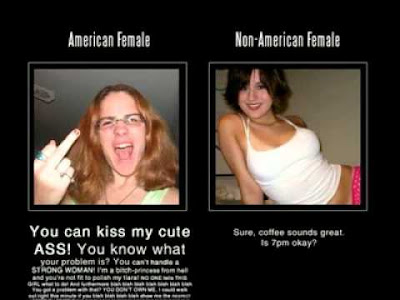 A young man can get into a whole bucket full a trouble over at Chateau Heartiste's. There's a lot of rabid woman haters there and shrapnel victims from failed families and broken homes. A lot of those guys blame themselves for the failures of their families and beat themselves up over it. It's a natural reaction and part of a man's grieving process. Gradually that turns to anger (don't ask me how I know all this) - and then, sometimes it takes years - a fella can finally think.

The majority of these empowered females are not happy people. They will shit all over their men and tear off strips from both sides but eventually they can't hide it anymore. Ultimately, they are unhappy with themselves. Liberalism puts unfair expectations on women as well as men, and if your life's choices are based on erroneous assumptions about the way the world works - failure is the only inevitable result. The result is catastrophic cognitive dissonance which in turn leads to diseased minds and depression. None of this lessens the pain and hurt they do to themselves and their men - but just dropping the guilt a man carries in the wake of these failures is a relief of sorts.

The message here, I guess, is this. Us older folks come from a different world. In our day the classic divorce was perceived as a failure where the woman wronged by and abusive husband and she was the object of pity and worthy of charity. Today, in the vast majority of cases, that is exactly reversed. Cut your sons and grandsons a little slack... and take a damned hard honest look at your daughters.