The Ice Spiders Of Fort McMurray 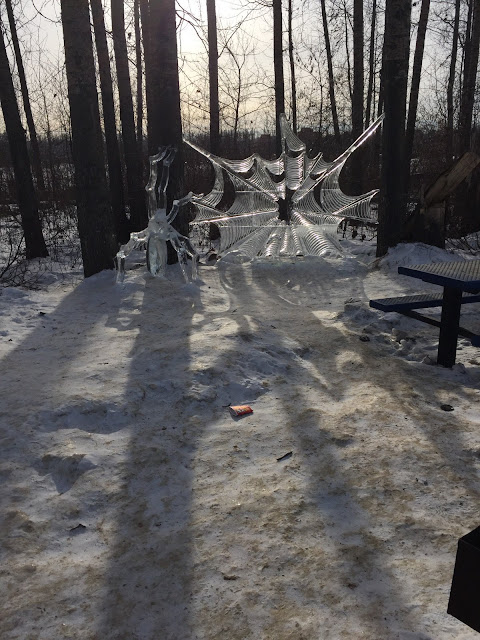 When I was a kid we had this mickey mouse winter camping thing for physed. I liked winter camping well enough but haven't done it in years. In any event we had some black kid as a foreign exchange student with us, and of course he immediately fell prey to the wankers who started creeping him out about ghastly 'snow snakes' and ice spiders and such. The wanks did a masterful job of it too; even I got the willies listening to their chilling tales - and I knew what they were up to!

Later on in the night one of 'em let out a ghastly scream that woke everyone up and a couple of the others started gobbling in fright about how one of their buddies got carried off into the night by a massive Ice Spider and that poor black kid looked like he was about to fill his diaper with fright.

I was just furious about being woken up in the middle of the night so I pelted one of 'em with a snow ball and went back to bed. And of course, our missing camper unfortunately turned up safe and sound the next morning.

If there actually WERE such a thing as Ice Spiders I suspect they would look like this and eat Jap skidoos and vegan cross country skiers.
Posted by Glen Filthie at 16:32