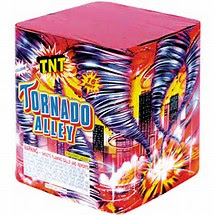 Yesterday I phoned up The White House and tried to bum  a MOAB off Donald Trump. "I'm not giving you any weapons of unimaginable destructive power, Glen," he said - and then hung up in my ear! The bloody nerve!!! Oh sure - he'll go and drop them on some filthy sand rats in Afbagistan or Syria - but he can't spare one for a good friend up in Edmonton Alberta ??? Maybe if I promised to set it off in Millwoods, he might have approved? (Millwoods is full a vibrants and mudflaps and would make an excellent spot for a recreational pyrotechnic display, HAR HAR HAR!!!)

So you might ask, why is a man who's 53 still as much a pyro as your average 9 year old? Welp... when I was a kid, if I recall the story right - some brain-wiped children (whose parents were almost certainly liberals) out in BC set off some big ones... in a tent! And of course some were killed, the rest were burned and it was all the fault of the fireworks which promptly got banned. Take note, you filthy, deplorable racist American bastids - this is the kind a shit that happens when old women run a country. I suppose you can thank your lucky stars that Donald kicked Hillary's fat old ass out to the curb. (I however have personal problems with his foreign policy regarding weapons procurement for allies! HAR HAR HAR!)

Fireworks were legalized again later but by then I had supposedly grown up and they fell off my radar. That was pretty dumb too - because my young daughter would probably have loved them. Sigh.

Today I am gonna go buy some and put them out in the camper and if we get a wet day, in a remote campsite somewhere and I feel like raising some hell, and there's no responsible adults or neurotic seniors around to call the cops - I will have the proper explosives to do the job! My problem now is I have no clue what to actually buy... this will be the first time I ever bought them.

I see another lunch hour being foolishly squandered today.  :)

Happy Hump Day everyone. Maybe you should take time to feed YOUR inner idiot today too!