Mainstream Media - This Is Not Good 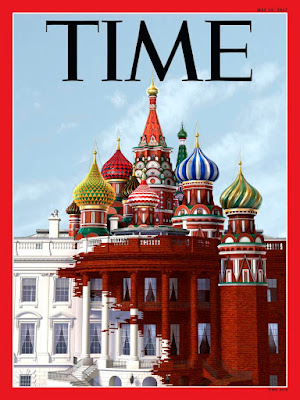 Like anyone else, I guess, I hate the media with the heat of 1000 suns. According to the fags at TIME, the Whitehouse is going red thanks to Trump's collusion with the fuggin commies.

Who writes this shit? And - who believes it? Never mind paying good money to read it? There was a time when not even the NATIONAL ENQUIRER would publish shite like this! I had to laugh - the Glob And Pail - another of Canada's leftist shit rag newspapers - has a website now because virtually nobody is buying print anymore. It used to be that ya got to read 10 of their articles for free and then you would be expected to turn over 99 cents to get past the paywall to read the rest. I snorted in disgust and then laughed: it would be a rip off at half the price! HAR HAR HAR! Welp - the clucky hens and the cucky manginas at the Glob musta heard me because now they're asking you to pay 45 cents to get past the paywall! HAR HAR HAR! I wouldn't piss on those Marxists if they were on fire!

Fact is we have NO credible news sources on hand anymore. Did we ever? But the fact is you can come to even a dump like the Thunderbox and read better, more informed commentary for free.

I can forgive small mistakes and blunders. It's gonna happen in that industry just as it happens with bloggers. Example - the Whitehouse is turning into the Kremlin!!!! See the details on page 7!!!! Errrr... a blogger caught that one: that isn't the Kremlin, that is St. Basil's Cathedral.

But I can forgive that; I wouldna caught that one either. But...hell's bells! Trump? In the bag with the Russians? What kind of idiot would even think that? I have a message for our American leftists and liberals: you lost the election because you're stupid. You're also dishonest, sanctimonious, and hypocritical. And - as long as we are being completely honest: You're kinda over on the ugly side too, HAR HAR HAR!!! HAR HAR HAR!!!

So...who ya gonna trust for your news? Hate to say it but... you're looking at him. Or one like him, maybe. But regardless of who you believe, you can't really trust the slobs in the media AT ALL anymore.

Sleep tight tonight, I guess.
Posted by Glen Filthie at 10:28