I know people that can't handle snakes. Never understood that myself. For me - I can't handle bugs. Bees are okay now, but wasps and spiders creep me out and I will either kill them or run away gobbling in fright! When I was a kid running around in bare feet I stepped on a bumble bee and got stung - I still remember the enraged buzzing and the blinding pain... I must have been three or four. My mother says I stomped that poor thing into past as I screamed and flapped in dismay but I don't remember that part. It's one of those 'half-memories' of early childhood that you can't fully recall as an adult. Somehow I got over my fear of bees but retained my fear of the other creepy crawlers. 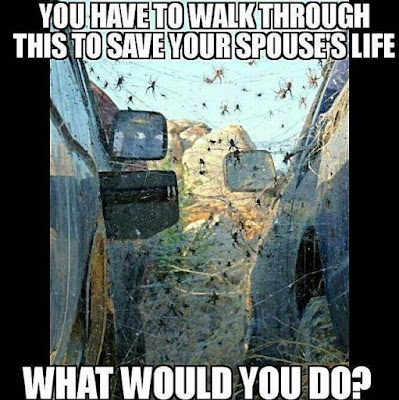 I could do it now... but there was a time it might well have been nigh on impossible. It would have ended up being something like this: