Proving Once Again That Children Should Not Only Be Spanked

OR: FUN WITH FUCKTARDS 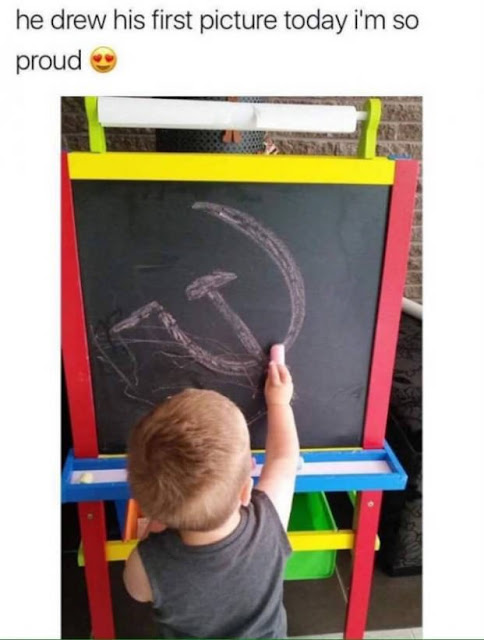 ...some should be culled with a lead pipe as well, HAR HAR HAR!


When I was a kid we drew swastikas on our books to drive the adults nuts with rage. And as far as Nazi Germany went - we thought they had the coolest shit. Stuka dive bombers, Schmeisser machine guns, Tiger Tanks, potato masher grenades... and they blew shit up!  Cool!!!! Well, our parents and grandparents would hear us talk like that and lose their mud.

But then I learnt another way to drive fat old gray haired liberal ladies and their greasy beta male husbands nuts: I learned that the fuggin commies killed way more people, and far more jooooooos than the Germans ever did - and yet that never seems to come up for our bed wetting leftists unless some ignernt red neck bunghole like me does it! They'll tell me what an asshole I am, and how I should get a set of jack boots, a monocle, and a riding crop to go with that armband with the swastika on it.

Then I really light them off: I will point out that we have any number of loons out there with the stupidest conspiracy theories going - and we laugh at them. But if a Holocaust denier rears his ugly head - everyone loses their shit and wants him silenced, his civil rights cancelled, and have him jailed ASAP. Why is that, exactly?