The Drawing Of The Three


In my younger days I literally drank beer by the bucket - I was a home brewer and my fermenter was going full blast all the time. My friends could pack it away too and because it was so cheap, I could care less if the boys showed up and cleaned me out of 5 cases at a time - because I could brew that on 20 bucks. At the liquor store yesterday I bought a 24 of Bud and I think I paid around 50 bucks for it!

It's not so bad because I am a quiet old fart now and a 24 will easily last me a month and a bit if my friends help out. I don't drink that much anymore. Now I go for quality rather than quantity. I graduated to scotch about 20 years ago and studied up on the subject professionally. I read books on the subject, and eventually could and did pick out common notes like toffee, vanilla, citrus and others commonly found in the various makes. Then I stopped drinking for the longest time altogether and now I can't do it at all anymore unless I read the tasting notes and the reviews first. In spite of all that the makes I choose for '5 Stars" often jive with the experts. I have abandoned the single malt special bottlings altogether - my experience is that when everything becomes 'special' ... NOTHING is.

The weekend after next, Clint, Flapz and I are going into seclusion at the campground to pick the year's best distilled spirits. This is a very serious event and the distilleries have all been warned that our decisions will be final, without any appeal or snivelling whatsoever! Clint and Flapz have kids so will lead off with their choices and will probly bring a bottle each. Over the last year I have run into three worthy candidates so I'll take them and run them past my colleagues in a formal taste test. The women will be free to sample them too, but their opinions will not be part of the selection process. Mysogyny is alive and well, thank you very much! HAR HAR HAR!

These are my choices: 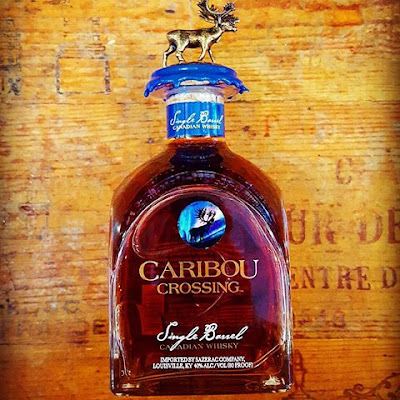 From The Whisky Exchange:

This is the best whisky I have in my collection. I have half a bottle left open, another stashed that I bought yesterday, and if I were as rich as Mad Jack I would have bought another too. But at $100 a bottle a guy has to live in the real world. (Oh dammit - I shoulda bought the other bottle too and I know I will regret it later). 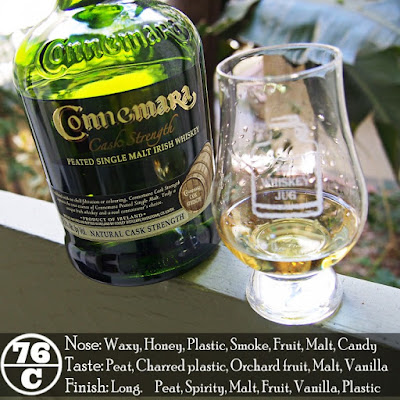 "Charred plastic"? Some other ass hat was
yammering about a 'creosote' flavour...
What kind of brain wipe even knows what creosote
TASTES like? Don't listen to the critics on this one,
but DO trust your Friendly Neighbourhood Glen Filthie!
You should have a flask of this in your saddle bags at all times.


Whereas Caribou Crossing is a spectacular, special spirit for very special occasions, Conemara is just about perfect for everything else. Don't listen to the pished up UK soccer hooligans babbling about notes of 'creosote' or burnt plastic...they were probably drinking Toilet Duck and were too uncultured and boorish to tell the difference. 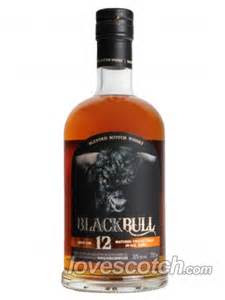 Nose: aromatic nose, a tad more grainy than the others but it’s a “malty” graininess if you know what I mean. It’s muesli and cereals rather than the harsh, synthetic graininess and alcoholic kick that you sometimes get in cheap blends or actual grain whisky. Berry aromas and oranges. Some pencil shavings. Soft pepper. Hints of earthy sherry in the background. Mouth: oily, malty and slightly nutty. Apples, raisins, cinnamon and pepper. Oranges. Balanced oak. Growing cocoa / toffee notes towards the end. Finish: medium long, quite dry and peppery, with lingering oak and a slightly raw edge.
Quite a rich blend, well constructed, without an obvious grain influence. I’ve seen this being sold for € 33 to around 50, shop around to find the best deal.

This reviewer gave it 82 out of 100. I would say he's being cheap and give it maybe 92. BW Bandy put me on to this stuff and Flapz has already given it his approval. We'll see what Clint and the ladies think in a couple weeks.

I know everyone will be on pins and needles waiting to hear what we decide! Stay tuned and be the first to hear the official verdict....
Posted by Glen Filthie at 11:58