Why I Haven't Shot My Face Off About The Manchester Bombings... 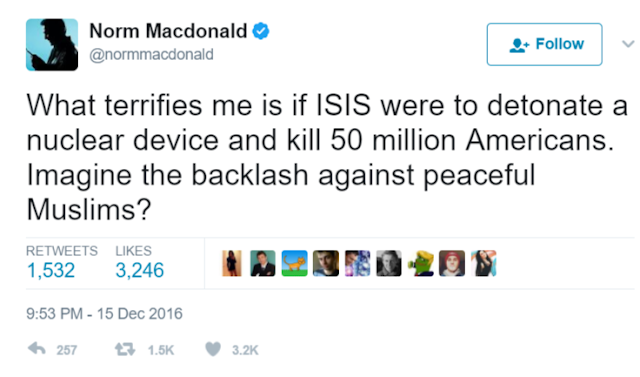 This idiot is probably serious. And even if he's not, even if he's being sarcastic... quotes like this are typical of the breed.

This faggoty looking little fella was apparently one of the red smears they were mopping up after the nail bomb went off.

It's really easy to lose your shit, pull your guns and start shooting when the kids are involved but ya can't do that. When you kill or act in the name of justice you can't do it when you're mad or enraged. Righteous vengeance must be administered with clear intent and awareness of the consequences.

Captain Capitalism was beaking off awhile back about how the vast majority of victims of terrorism are also liberal assholes. I believe he is absolutely right about that myself. When the Twin Towers came down on 911 the target was NYFC - a metropolis infested with leftist f-tards. Most of the people in those buildings were probably democrats and they excuse and enable stuff like this all the time. There is a certain amount in justice in the fact that the parents that are mourning the loss of their children are also the sanctimonious multi-culti morons that enabled the guys that did it. Enjoy your vigil and your candle-light circle jerk, morons. And by all means, give me the finger and call me names and blame me and all other white men because some dune coon potted your kids. Hope it makes ya feel better... but when the grief and heartache subsides - when you start to think again...you are going to have to look in the mirror and see who is really responsible for this. We'll talk then. Check out The Bayou Renaissance Man had some good advice about avoiding public events and minimizing your target profile for terrorists.

Some wank was prattling about how periodic moslem attacks are the new normal and we had all just better get used to it - and I am just peachy with it for now. I would caution these people though - and warn them that THEY better get used to Donald Trump, the Alt-Right - and whatever comes afterward. And I am warning you liberal diversity slobs, moslem monkeys and social justice warriors right up front: leave me out of your goddamned political struggles or else. I intend to stay on this couch and if you force me to get off it - somebody is gonna get hurt.

There. I shot my face off. Sometimes, some things have to be said.