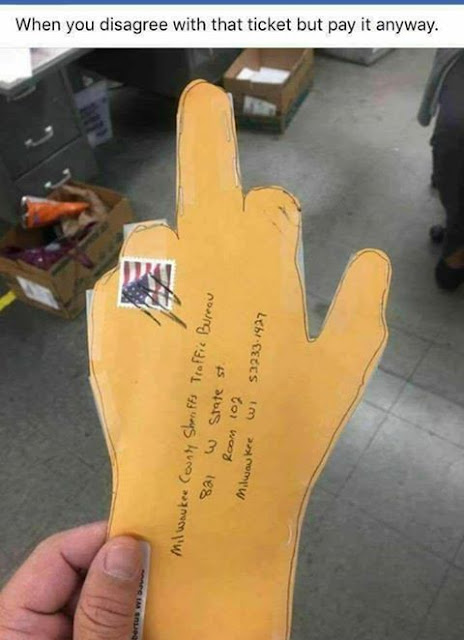 Awhile back I wanted to buy some Knuckledraggin.com stickers from Wirecutter and had asked if there would be any problems getting them up to Canada. He was gonna look into it but then he tripped over his shadow and forgot about it and I got diverted by a squirrel. So it goes for old men with short attention spans.

But I could see this being a marketable product for the knuckle dragger: It's perfect: the victim gets the finger at the very least, but then he has to open it if he wants the money inside. I have been hard at work trying to figure out how to put a fart in an envelope but haven't come up with anything  yet.

I know it can be done because I've gotten a couple from Rachael Notley of the local NDP, a couple from our fwench poltroon of a prime minister - Turdo La Doo... and from that screeching whore, Hillary Clinton. (Those were the worst, I think there was egg in the last one. GAH....!).

In any event, have a good Monday - whether it starts with or without ya!