A Great Weekend For An Old Fart

The older I get, the less focused I become. I recently ran out of four calibres of ammunition and was chained to the reloading bench for at leas a week - I still haven't caught up or replenished my stocks.  Of course, doing that depleted my formerly generous stocks of brass and gunpowder and primers so I just place a massive order with Higgy to stock up... $700.00. So - I can finally see the end of the tunnel on that.

Then I ran out of firewood.

You can't go camping without firewood! The problem was this - the people we camp with have a half section out in the boonies and we've been talking about going out there with the trucks, the chainsaw and the log splitter for weeks...but it never happened. They have more money than brains, IMHO; they buy firewood for $10.00 for a small armful of split, seasoned firewood. That kind of thing drives me crazy - pay for firewood? Are you friggin stupid? 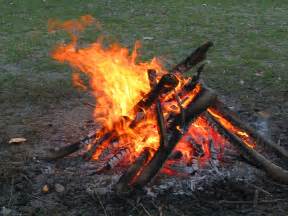 By the same token they think we're crazy for wanting to waste a perfectly good weekend cutting, splitting and stacking firewood. I quickly learned that actually going out to their half section to get firewood was something they only wanted to talk about. Fair enough - it's their land and their time I suppose.

We went over to Peter The Great's instead. Pete has 20 acres and a horse paddy full of deadfall and blown over trees. Pete is a big Polish guy and as everyone knows - Polacks are close cousins of the Bohunk - genetically inferior subhumans that are addicted to rude practical jokes and hard physical labour. Yesterday the wife and I sweated like pigs in the hot humid heat as we pulled logs from the brush and stacked them on the wagon behind Pete's tractor. Pete himself cut the wood and dug in and did the work of two guys himself.

My work truck has one of those tailgates with the built in step and hand hold. I had never used it before and when we figured out how it worked - the guys all laughed and said it would be perfect for retards and geriatric old farts like me! I regarded it all with disgust ... but was mighty thankful for it this weekend. My back isn't what it was, and I am really out of shape.

In any event, I have about a half a chord of split firewood seasoning out in the wood shed, my back is on fire from the weekend... but I feel great. Yannow when this company finally DOES go broke and I get let go, I am going to get a real job doing some physical work.