Filthie Gets A Woodie 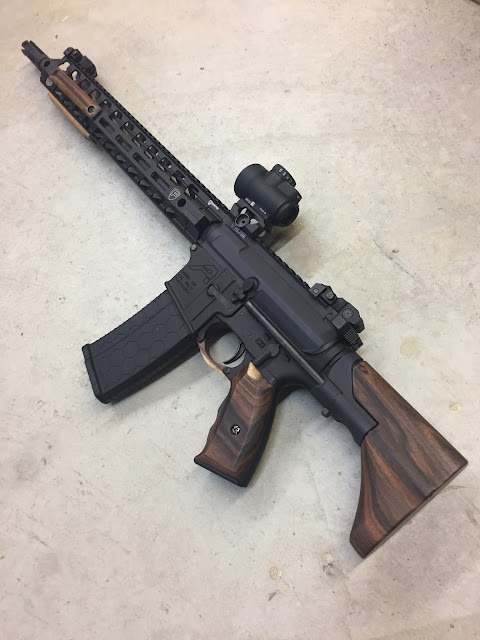 Yannow I just don't know about these efforts at making the AR15 a piece of contemporary art. That is a spectacular piece of wood... dontchya think it could be better used somewhere else? Don't get me wrong - this little SBR is an eye catcher... but it just doesn't fit my image as the AR15. If Don Draper from Mad Men had an AR carbine I think it would look like this.

Other folks have tried to make the AR15 into a fashion statement. 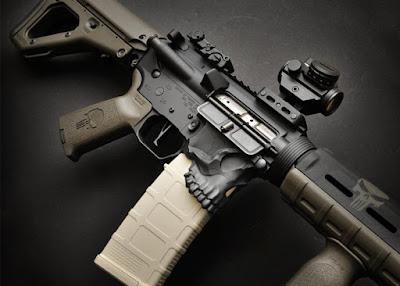 This one just creeps me out. If the SHTF and society collapsed and I shot some slow mutant armed with one a these - I would burn the corpse and take a ball peen hammer to this thing. If Satan had an AR - it would look like that. Folks, crap like this is why gun owners scare the shit out of liberals. Guys that go for stuff like that make my trigger finger itchy too!

These new sport utility rifles are not an open canvas for artists. They are tools not meant for embellishment. If you want to truly admire the real beauty of the AR15 ... take it apart. See how it goes together. Think of the man, Eugene Stoner who invented it - and imagine the blue prints and images that must of swirled in his mind as he conceptualized what is perhaps the most advanced firearm ever created on the face of the planet.