Yesterday on the way home from the rod n' gun club I noticed Mrs. Mallard trying to get across the highway with about 5 ducklings behind her. I am a sportsman and a conservationist so of course - I applied the brakes to slow down and give her time to cross. I looked in the rearview - and noticed a fat old grey haired bitch right off my bumper with her gums flapping at 1000 MPH - and she set up to pass - right over momma Mallard and her little family.

I know people are assholes, and in her defense maybe she didn't see the critters - but all the same... where I was pulling over and gently breaking before, welp - I swerved out and hugged that centre line and STOOD on the brakes - watching that cnut in the mirror the whole time. Mrs. Mallard and her ducklings barely made it across my lane.

And got run over by an 18 wheeler going the other way. Guy didn't even slow down.

I dunno why but that just hit me wrong and left me numb. The fat old bitch passed me and I got The Bird and her mouth was running even faster and I barely noticed. I sped up to 60 MPH, set the cruise and watched that fat old bitch floor it over the next hill. She got into it again further up the road with another driver when the two lanes merged into one and we almost had another pile up as neither would give way.

These people vote. They breed. They get driver's licenses, jobs in positions of responsibility and authority and handle power tools.

And they tell me that private citizens shouldn't have guns. I will be keeping my guns thanks. If I can back up and avoid such people I will - it's a free country and a big one. I don't have to share oxygen with assholes, and there are mallard ducks that will breed and survive and have the next year's clutch of ducklings.

But lord help these people if they ever back me up and I feel that wall or corner at my back. 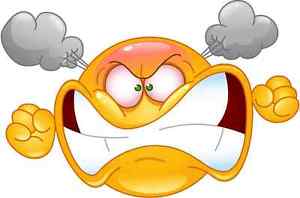