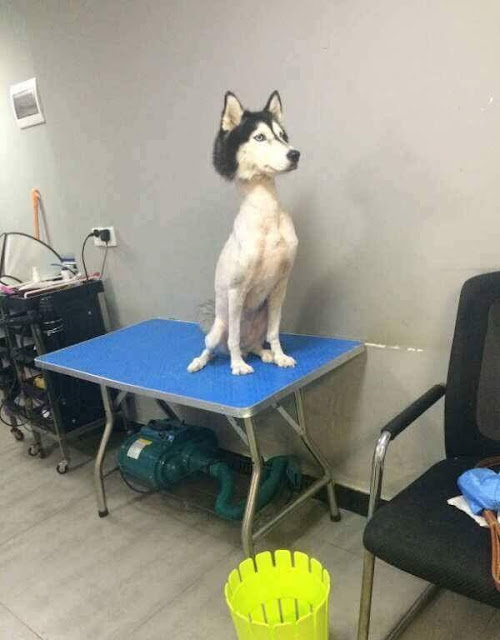 Last weekend the wife and I camped out and at night, Mort came over to flop himself down between us and the campfire. A short time later M started gagging as Mort began to smolder and stink as his fur singed. He didn't even wake up! He gave me the fright of my life too - I gave him a stiff punt to make him wake up and get away from the fire - and he just laid there. I punted him again, harder... and he just rolled with the impact and laid there. I had a snootful of scotch and I began to think he was dead. I was shouting at him and shaking him before he finally roused and wondered what all the fuss was about!

He's getting shaggy and manky again so maybe I will have to send him to the barber above and get him done with a Bic.