When They Were Queens 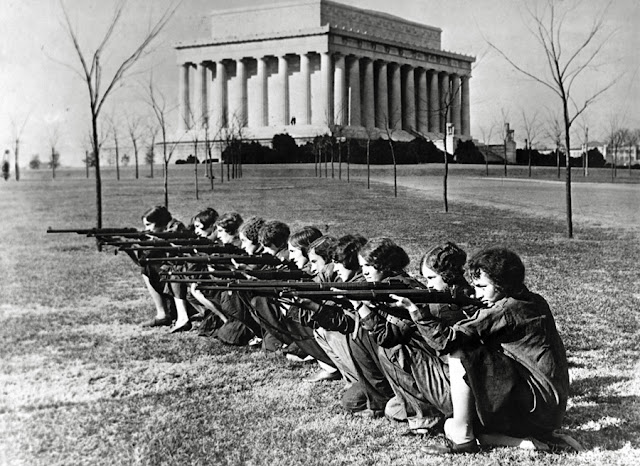 I am a chauvinist and a patriarch all the way through. I think there are things women shouldn't do and combat is one of them. They don't have the stamina, their joints won't take the punishment and we've seen what hard combat can do to strong men - to willingly put women into a role like that is an act of sheer folly and stupidity that is going to cost lives.

If the bad guys get past us - I would love like hell for them to be greeted by our women like this. Further - the friggin feminists bitch and piss and moan about eeeeeevil men and the awful gun lobby - and if any of those clucky bints had any brains at all they would be behind concealed carry 100%! Rapists should get justice right at the crime scene.

If you're a lady - proficient gun skills may not be part of the feminine arts but they should be something you master all the same. You owe it to yourself, your family and your man.
Posted by Glen Filthie at 11:29