Why Do America's Moonbats Hate Russia?


I couldn't figure it out. Before he got elected the usual suspects were beaking off that Trump would probably ignite WW3, probly with Russia, and if anything survived that  - he would melt the polar ice caps and drown anything that was left. Being Marxists themselves ya'd a thunk that America's libs would be in bed with the commies of Mother Russa. But now they're accusing Trump of being in bed with the commies. They're always accusing others of inventing lies and half truths as a reason to hate; my response to that is that at least we put more work into making our lies plausible, HAR HAR HAR!!! ((For the record, I am a free citizen and I will hate whoever I darn well please and if you have a problem with it - call somebody that cares). And tell 'em to bring body bags if they're gonna get stupid about it too).

But I digress. Why this sudden split between Russian Marxists and American ones? I think their hate for Russia is very real, and goes much deeper than they would care to admit. So what is it? I believe I mayhave the answer. 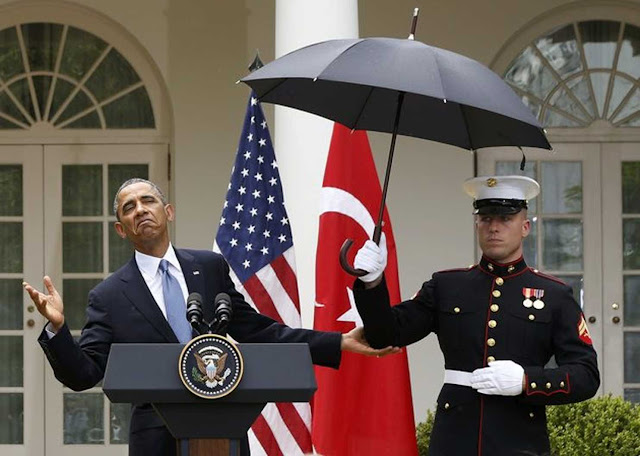 Tell me that this idiot isn't queer - and pull my other finger while yer at it.
We've seen the pics, his wife resmbles a sasquatch or a poorly transitioned gender-thing. At the very
least, he is a pussy of epic proportions. That Marine should get a medal
for putting up with that arrogant monkey without punching him out. 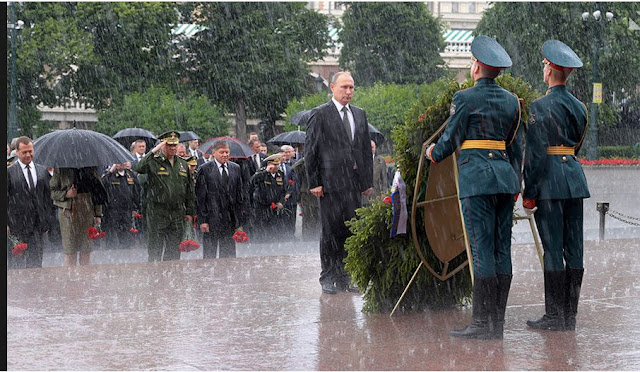 I don't like Putin in the least - but I respect him.
At least he honours the men and women that protect his nation.

I think liberals hate Putin because he is a strong man and makes no apology for it. Come to think of it - that's probly why they hate Trump too.

If anyone has a better explanation I am all ears.