Oh You Fuggin Yanks Are SO Dead Now!!!!

The Usual Suspects are furious. We are in a conundrum up here in Canada. Liberals hate the military with the heat of 1000 suns, and would rather gut the military budgets to fund pork projects and welfare for their power base. They've been doing it for years - but now the birds on that one are coming home to roost. Our ageing CF18's are falling out of the sky. Our previous conservative gov't was going to go with the F35 but there were problems right from the supplier, right from day 1... and when the liberals inherited the problem they promptly made it four times worse and 20 times more expensive. They want to buy more CF18's but apparently you godbedamned Yank chit heads want too much money for them - and poor Turdo La Doo might have to cut hand outs to all his fellow special Canadians that suck at the gubbimint teat rather than work for a living. So... HAR HAR HAR... so.....HAR HAR HAR HAR HAR HAR...!!!! 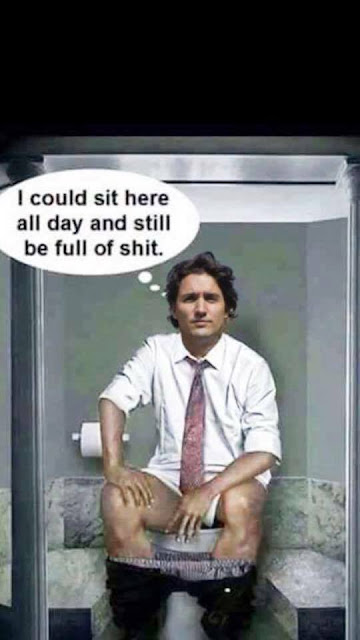 Trump just hit Bombardier with 220% duties on new planes sold
in America.
This kid is as retarded as his idiot father was.

Bombardier is one of the liberal pet white elephants we have up here in Canada, and probably one of the biggest corporate welfare slobs in the world.

I often wonder what planet these idiots live on.

When I and my redneck brethren rise up and violently overthrow these liberal fart suckers and deal with them by firing squad - we are going to buy that bloody F22! It's what the boys shoulda had in the first place.

As always, Kate has the gory details on how Turdo La Do is gonna learn Trump everything he needs to know about the art of the fail.