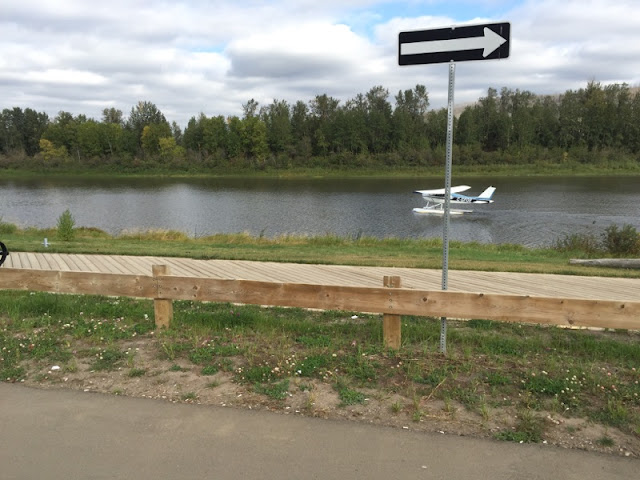 Seen on the river down in the park at Ft. Mac yesterday...

Float planes used to be everywhere when I was a kid. Aaaaaaadmontin Alberta was considered the gateway to the north, and even back in the 60's, the sea plane base out at Cooking Lake was a big hub. All the wheeled aircraft landed at the Edmonton or International airports - and all the float planes and sea planes landed out by us at south Cooking Lake.

Nowadays there's hardly any float planes around at all. It's all choppers and wheels now because every two bit backwater out in the sticks has an airport now. The float planes have moved further North I suspect. Perhaps the new gateway to the north is Yellowknife now.

One of these days I shall have to go up and see.