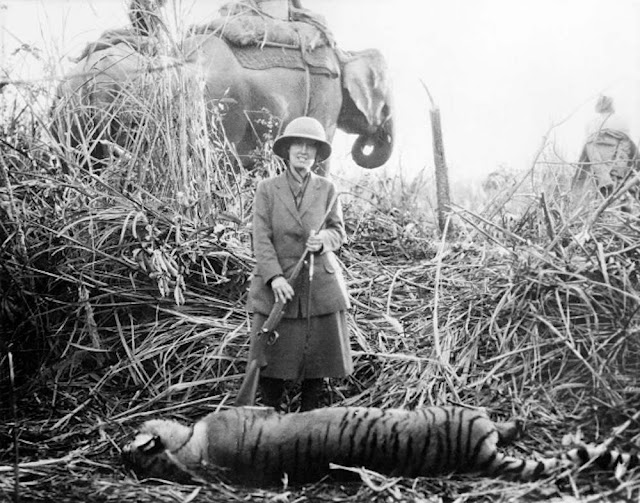 I personally will not shoot the big cats. The foremost reason is that I never see them. I've come across plenty of their tracks in the snow so I know they're around... but the damn things are like ghosts. I think I saw a bobcat once but he disappeared before I could make a positive ID.

When I was a kid one of the local big wheels, Al Oeming - owned a game farm/zoo with exotic animals and he had a couple of Siberian Tigers. Back in the day stuff like that put him on the map. They were well fed and cared for and even had a pool to play in. Unlike regular cats, Al's Siberians loved water and one of their favourite games was to try and drown him as he struggled and gargled as they held him down. They always let him up but apparently he had a few close calls.

I'm going from memory here but I think he got shut down when a little girl got away from her mom, went under a cordon and put her arms through a cage and got mauled by a leopard. People have problems with that; these critters may act like furry buffoons the same way your house cat will - but they'll also kill you if they take a notion to do so. They are not domesticated and people just don't seem to grasp that. I've seen gaggles of fuggin chinamen in the national parks taking pics of bears and elk right up close and I just cringe.