What Will You Do When YOUR Arse Is On The Line?


As a kid I always wondered. Back then there were still a lot of WW2 vets around. My wife's grandfather hit the beaches on D-Day with a bunch of other kids of his generation.  I assume he was thrown into the meat grinder on Juno but I never got anything out of him and didn't ask him too much about it. Apparently he was a medic and he would start to shake when he talked about it - so I didn't want to pry. But I thought of those kids jumping off the landing barges - and charging the beach under mortar and machine gun fire... and I wondered if I would have the stones to do something like that if ever I was called on to do so. Would I be a champ like our vets were, or would I gobble in fright, curl up in a ball and suck my thumb like a coward? Unless and until ya face The Reaper ya never really know. 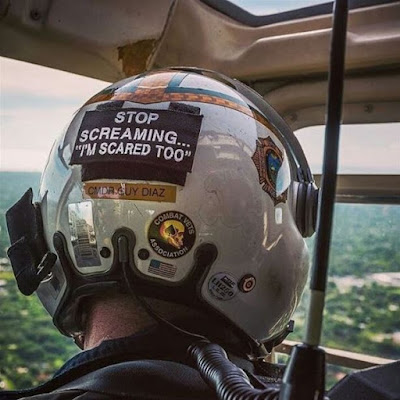 I've looked death in the eye twice and both times I just did my best and crossed my fingers. When my ultralight engine crapped out on take off years ago, I had to choose between landing in a crop of standing canola, or a sewage lagoon. I chose the canola. All I could hear was the wind in the wires and perhaps the echoes of bagpipes blowing Danny Boy. I hauled my control bar in, traded altitude for speed - and flew my little bird in hard and fast - if ultralights can be considered fast...

I probly hit that canola at 30 knots or so, did about three arse-over-tea-kettles ... and crawled out from under the wreckage without a scratch. I walked over to a barb wire fence, collapsed from an adrenaline high,  leaned back against a fence post... and laughed. Somewhere the devil, Darwin and Murphy cursed. But by God Almighty - I flew that bird like a champ and did a text book controlled crash. A lot of people get hurt or killed when that happens. Maybe I could have hit the beaches like The Greatest Generation did? I would like to think so.

I think my courage still holds. Is courage something that stays with you or does it decline in your old age? One part of me thinks so; I was having some chest pains awhile back and I thought I might be having a Big One... and I just looked up at the sky and thought is wouldn't be a bad day to cash out on. Maybe it was heartburn or acid reflux or some damn thing ... but at the time I didn't know and wasn't scared one bit. A couple weeks later some fuggin packie in a Lexus pulled out in front of me and I almost tee-boned him - and I nearly shat my pants! So who knows?

I pray to my Maker that when my time comes I have the courage to die well. The time comes for all of us I suppose. Yannow what?  May YOU face your Maker with a clear conscience, and a cheeky smirk or grin - and may you be greeted by angels that sound like this when your time comes.


Those of you of character and worth are set.

The rest of us will do the best
we can.