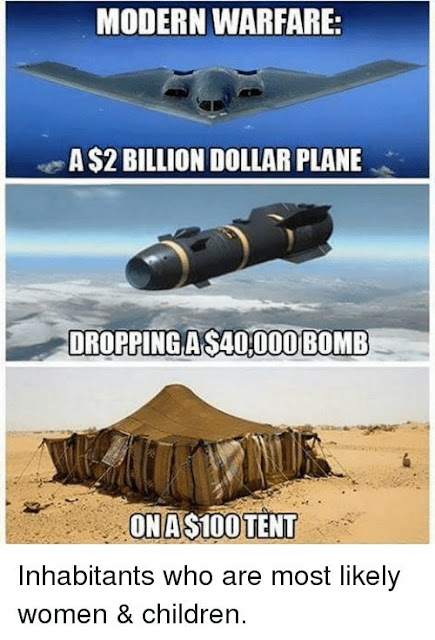 I see this kind of thinking all the time and it's legit, especially from war weary Americans that have spent the last two decades saving the world from itself, and the previous two before that pretending to.
But consider this: what if one of those bombs fell on Bin Laden at the right time and place? Or Saddam Hussein? Put a price tag on 911 - and that's worth a helluva lot of bombs 'wasted' on mutts that don't really deserve anything else.
Some people in this world just need killin'...and that's all there is to it.
Posted by Glen Filthie at 14:35