We've had a difference of opinion going on over at Pete's.

The boys are all a-flutter about drones. Something about people playing with these things just seems to set grumpy old men off. Now they are all gasping in shock and clutching at their pearls because the filthie jihadies from Dirkadirkastan are apparently using these things to drop bombs on our helpless squaddies and Marines! Oh noes!!!!!

I can't believe we're even having this argument. The boys (and the turd brained journalists from FOX in the viddeeyah) - are telling us that hobby drones like mine can be used to drop grenades, bombs, bioweapons and thermite on innocent civilians, grumpy old men, and kittens.

My drone is a home made affair that has fair lift capacity for a drone. It's lifting capacity is easily 75% that of the biggest of the so-called hobby drones.

Don't get me wrong; the surveillance and reconnaissance abilities of small drones can give the bad guys a big edge under the right circumstances. But - dropping bombs? I personally don't think it's possible but we need to find out. In the next week or two I will try to rig up a test and see - how much weight can my drone actually lift? 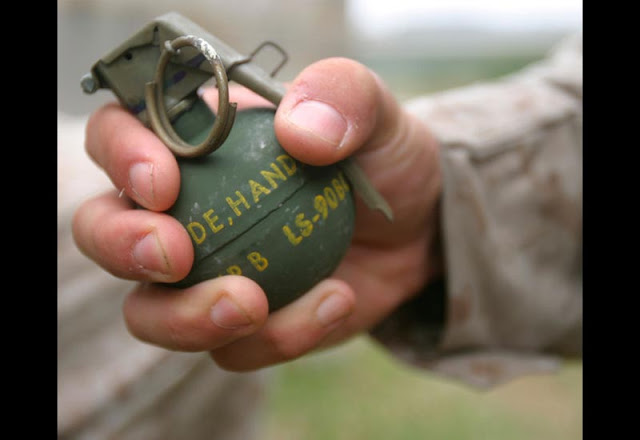 That's an M67 fragmentation grenade.
According to the specs I have this thing weighs 390 grams.
I am going to try and lift a similar mass - and see if it
can be flown with any kind of precision with my own hobby drone that I
built a couple years ago.

I would dearly love to test this with an actual, live, hand grenade - but for some stupid reason our police department figgers that guys like me probably shouldn't be playing with stuff like this. It's probably for the best, given my numerous psychological and emotional problems, HAR HAR HAR!

Place your bets now, folks. Will Filthie's crapcopter be able to deliver a lethal payload of explosive? 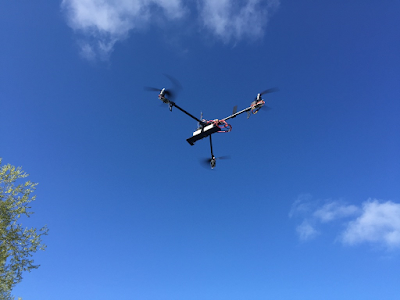 This is a tricopter that belongs to Flapz.
Mine is a V Tail quad rotor. 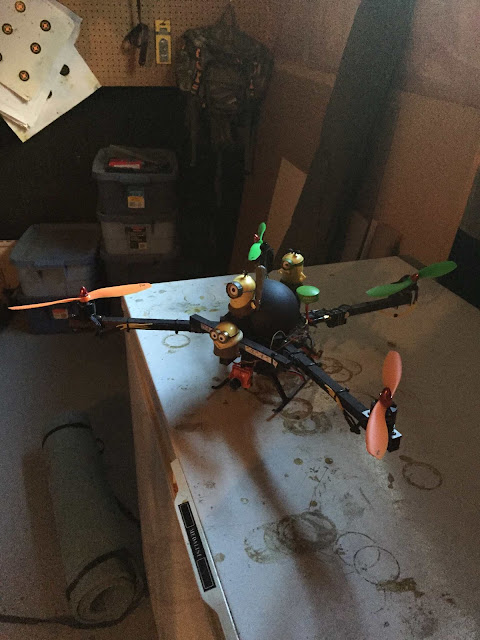 Death from above!!!!!
Will the Minions be able to put an M67 sized payload of high explosive into the air?
Will they be able to bomb Pete and the USMC into submission?
Tune in next week for the exciting conclusion!!!

I shouldn't mock the boys. The fact of the matter is these things are getting bigger and cheaper all the time and their capabilities are expanding exponentially. Here is an example of a small racing drone (about the size of your hand if you stretch out your fingers):

Keep in mind that Nurk is a sorcerer class pilot, respected
by the aviation gods themselves. Even by his standards - this is some world class flying. Guys like you and I probably will
never be able to fly like this -
never mind some dirty, yodelling moslem mudflap who wipes with his
hands and does unspeakable things to nanny goats.

We'll see where this goes, and I'll keep ya posted.
Posted by Glen Filthie at 15:49