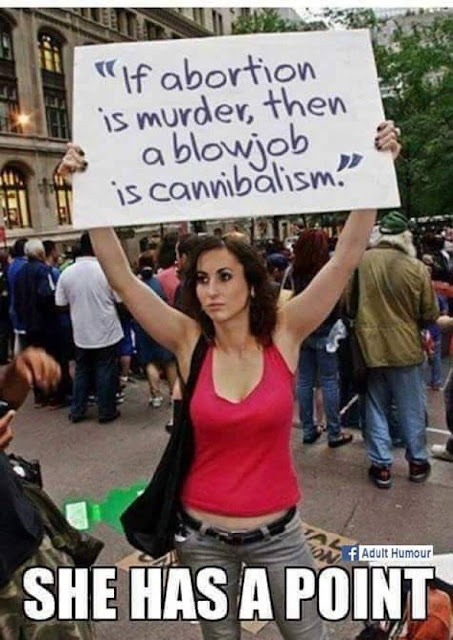 There's a time and a place for a fella to keep his mouth shut. There's also a time when some fuggin idiot opens his mouth and exercises his rights to freedom of speech and opinion - you gotta get in his face and exercise your rights too. With this chick, I would probly keep my mouth firmly shut. One look at her face tells ya that she knows it all and there's nothing you can say that will change it.

I dunno what to do with chit like this, I just don't. I do know that kids having access to abortion and birth control without their parent's consent is wrong, and that forcing Christians and tax payers to pay for it is wrong too. If your body is your own, chickie, then you can damned well pay for your own recreational sex - and the consequences of it too!

Yannow there's people out there that'll tell ya that guys like Yours Truly are the most dangerous thing going: angry old white men with guns, most of 'em could easily be tried and found guilty in any politically correct kangaroo court of crimes like homophobia, racism and misogyny. I say women like that chick above are far more dangerous; she's pretty, and if she is articulate and savvy - I can see a face like that sending men to war. 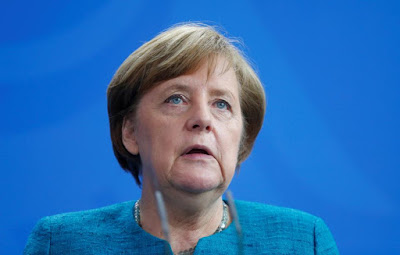 This face probably WILL send men to war.

Uncle Bob once said that women are fascists and socialists by nature and I pretty much have to agree. Last weekend I went over to Mom and Pop's, wanting nothing more than to say hello, crack a few rude jokes with Pop - and say goodbye. Instead Mom decided that I had to have my face rubbed in her shitlib/femcnut politics - and I just had to leave in disgust. When women decide that they are going to drink the koolaid, by God - you had better drink it too...or else! Many men are quite happy to let the woman wear the pants in their families. I think it lets them pose as progressive and enlightened while fobbing off their responsibilities on someone else. From what I've seen and the divorce rates - I don't think it works all that well for them.

Our women have come a long way and no bones about it ... but do they really know where they're headed?
Posted by Glen Filthie at 08:44