It was a really laid back weekend around Castello Di La Filthie: Saturday I took the dawgs down to their hunting spot by the river. Usually we see tons of geese and we bark them up from the river bank and they just peel off the water in droves – but there weren’t many there when we arrived. The deer interest me more than the dawgs and we didn’t see any of them either. It was the weirdest day: the skies were the colour of dull lead, the temps were way up in the shirt sleeve range – but the melancholy of the fall season was upon us. The leaves have mostly blown away, it’s time for the first snows and we should see ‘em later on this week. Macey had me cursing in rage when she found a pile of rabbit shit and ate the lot. I HATE it when she does that, she chews with her mouth open and ya can see it rolling round in her mouth and she smiles afterward! Mort was an a-hole too and had to be put on his leash. It seemed to be an unsettled day for all of us. 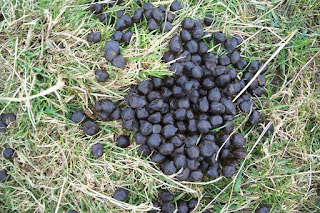 I noticed the Blog-O-Meter quietly rolled over 200,000 during the weekend. I don’t really push my blog because the less people that hear me, it’s probably better! For those of you that stop by for the rude jokes, and occasionally crap in the comments – thanks for stopping by. Your time is more appreciated than you know.


On Sunday I went to the church and they were talking about the reformation. It was a good history lesson in spite of the preachin’ and speechin’ because we are in the exact same pickle today that Martin Luther was 500 years ago. The church has lost it’s way. Our leaders and politicians can’t be trusted further than you can throw them, and anybody that plays by the rules these days is a sucker.  In Martin Luther's time the printing press had finally arrived and that presented the same problems to the power brokers then as the internet does today: one poisoned mind can infect thousands of others in a heartbeat. They had kiniptions over putting the bible in the hands of the common man: without a doubt, some morally and intellectually bankrupt sod would abuse it’s power for his own purposes – but the noble class couldn’t be trusted with that power either. So it goes today. I just heard that some historical church down in the states is doing away with memorials to George Washington who actually worshipped there back when America was in its infancy. No doubt it's because he’s white, male, and hatey. And of course the lesbians, trannies and vibrants that run that church hate him with the heat of 1000 suns. Our pastor prattled a bit with that – on one hand, it’s obvious that some churches have been pozzed beyond any redemption – they’re havens and sanctuaries for lunatics and nutters that desperately want/need some kind of spiritual validity. On the other hand, plenty of good folks worship their Maker in different ways. The preacher made an excellent point about that, too – the bible doesn’t tell you NOT to judge; people that don’t judge don’t have judgement. It sets out the rules for judgement that hopefully keep us all on good terms with each other and our Maker … or at least, that is what I got out of it. All I know is that there’s a lot of really shitty people that want to control the internet and if they win I think we’ll be headed back into the dark ages. Who knows, I’m probly full a beans. 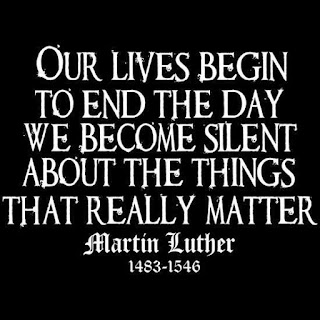 Apparently all that went down on Halloween 500 years ago.
I always thought Halloween was a day
for the kids - and it damned well should be...
But there's something in that for us old farts too.
It isn't that the creepy womyn and proggie lunatics have
taken over our churches.
We GAVE them those churches. The fault for what
happens in them lies with US.

Ordinarily I’d be at the range shooting after church, but the winds were awful. I went back home afterward and started building a new Crapcopter. I was thinking about all that stuff in church and soldered up a flight controller wrong. If I ever get it flying I will go over to Coopville and buzz the chickens to get them flapping and squawking – and then I’ll go over to Pete’s and buzz him and the old ladies to get them flapping and squawking too!!! HAR HAR HAR! This one is going to be a fast racer; able to hit speeds of 60 kts – but those crabby old bastards are plenty fast with the trap and skeet guns so it will be an entertaining difference of opinion if nothing else. That’s assuming I even get that POS in the air.
Posted by Glen Filthie at 07:57