Take Filthie's Voter Test below and get a chance at valuable cash and prizes!!!


As an American/Canadian voter, I am probably best described as:

a. a racist
b. a homophobe
c. a mysoganist
d. a deplorable wretch guilty of all of the above 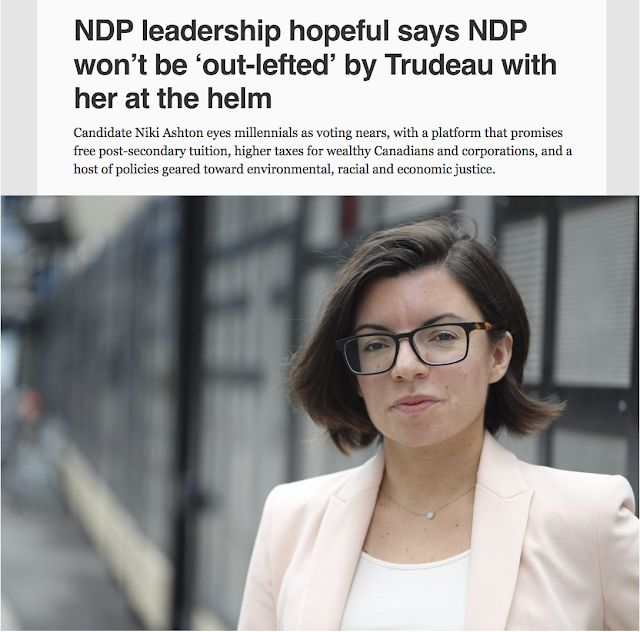 One of the few amusing aspects of these proggie meat heads is watching them turn on each other and eat their own. This woman is now claiming that she lost her bid to lead the NDP (New Democrat Party (or 'Dippers' as we Canadians refer to these idiots)) - because she was a woman. 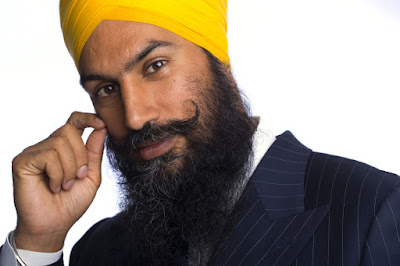 This is Jagmeet Singh.
I guess being a smelly vibrant is better than being a
pregnant woman in leftist victim politics.
Seriously - this mutt is the new leader of the NDP Party.
Can you think of anybody more qualified to represent and
protect Canadian values?
(Other than Barak Obama, that is...)

There's a definite totem pole to leftist political victim groups but I haven't figured it out yet. It is fun though, to watch my political enemies as their parties become reduced to three-way pie fights between the racists, homophobes, and misogynists.

I wonder how they found themselves in this ludicrous situation? One of the other bloggers said that leftists used to be the masters of the 'divide and conquer' technique and then they became so divided that they couldn't get along and function any more. If anything they seem to be hellbent on unifying their enemies against them.

Yannow what? It's Hump Day and I don't even wanna think about it! I have my own retards to look after, and so do you! Have a good one, folks!