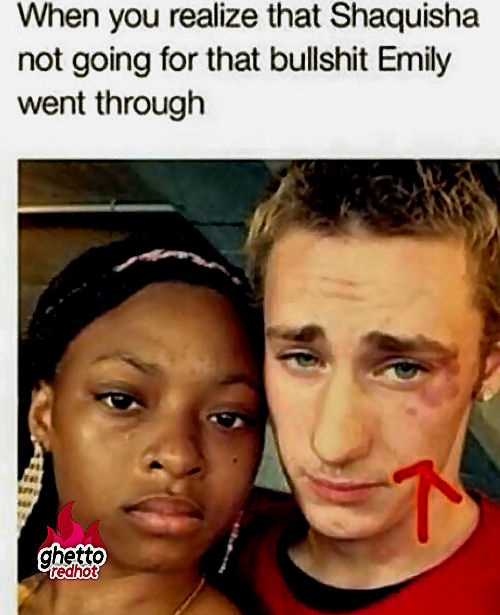 Inter-racial marriage is all the rage right now amongst the proggies. I wish I could remember where I found it. It was a statistical chart that showed the stats for inter-racial marriage between blacks and whites. The divorce rate approached the high 90's for black men marrying white women. For white men marrying black women it was in the mid 80's if I remember correctly. I tried looking for it but for some mysterious reason it vanished down the memory hole. Or at least, I think it was a memory hole...

But whatever. Watching a dude get punched out by his old lady is like falling face first into the mud - it's only funny when it happens to somebody else! HAR HAR HAR!