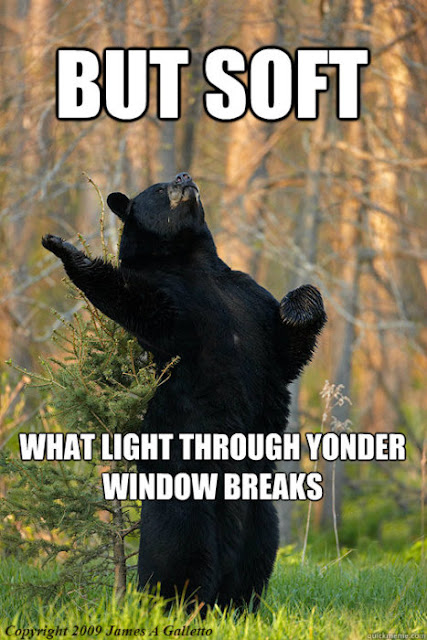 Now that I'm safely out of high school and away from the posturing academics and outside of their  slapping range - I'm going to say it! Shakespeare SUCKS BALLS.

There are things that take time and work to properly appreciate: you don't pick up a fine cigar and savour it without having smoked before. Most noobs will gag and retch on a fine scotch. But once you hone your undeveloped sensibilities you can start to appreciate things you otherwise might not.

I tried to appreciate Shakespeare. Other than its humourous anti-Semitism, The Merchant Of Venice has nothing to recommend it. I think I read a couple and most were exercises in grit. (It's like choking down WL's low grade gin and then having to pretend to like in in order not to give offense, HAR HAR HAR!) And now that I think about it - I suppose gin is probably an acquired taste too.

One of my most cherished memories of high school, though - was cutting a class to cut into another one - where they were running the old black and white Liz Taylor version of The Taming Of The Shrew. I suppose now that I think about that ... Shakespeare might be an easier taste to acquire because he wrote in a time when women were still women, and portraying those beautiful, demure queens as lethal shrews was the stuff of high comedy. 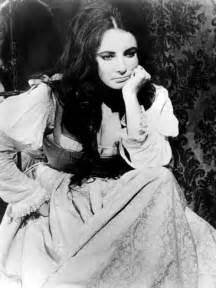 Sadly, Liz was to become something of a shrew herself in her later years - and
it's a fate shared by a rapidly growing number of lonely, barren cat ladies
that modern gender war has produced.


Wonder if a guy can buy that one off iTunes or Netflix? This is one film I could definitely watch again....
Posted by Glen Filthie at 12:30