All The Frooty Colours Of The Rainbow 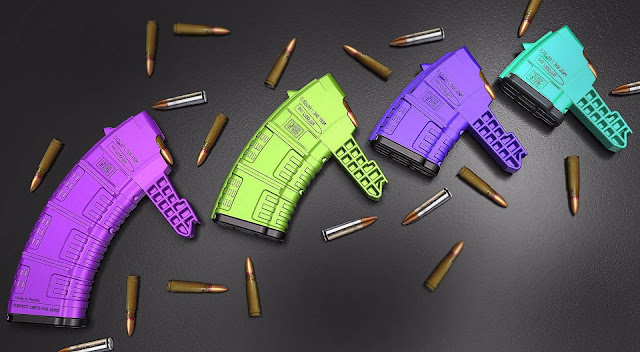 They're for the commie SKS rifle, I think.

For awhile some of the cool kids went rogue in the firearms community and thought they were impressing people by hating on the AR15 and cuddling up to the commie guns like the SKS and AK47. The rest of us mostly laughed and kept shooting our AR's but you still see the odd tard saying that the AR is useless "because ballistics" and they'll ream off the usual bullchit that all the commie fan boys do.

I laugh at that too. As a kid I shot a few soft targets in the hunting fields and I saw any number of other guys do the same. Guys that play the ballistics-on-paper game have NO CLUE about what a bullet does when it hits meat. If you get hit by a .223 round inside 300 yards - you are gonna be in a whole WORLD of hurt and you will sure as hell want to get out of the fight and under cover. Most commie guns can't hit the broad side of a barn at half that distance! Of far more importance in any engagement is tactics.

Commie guns were built by peasants, FOR peasants. If I am ever in a pickle where I am facing nasty people like that I would rather do it with the best battle rifle on the planet today: the AR15!

I am told you can get it in frooty colours too, but I am not a little girl or a faggot so I will pass on those.  :)