As An Albertan - I'll Have What the Yanks Are Eatin... 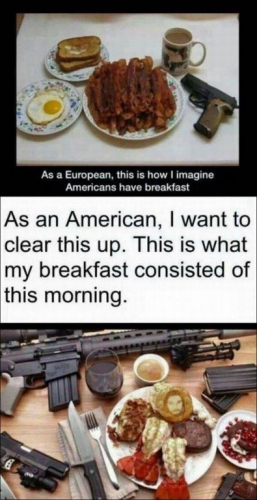 If there's one thing I loathe about Canada - it the liberals. They want to turn Canada into a mirror of Europe. Just drop by The Glob And Snail one day and you'll see the stuff they get bunged up with - "Ban Sugary Drinks!!! Lesbian Black Woman Offended: Trump Administration To Blame! Gun Control - The Answer To Canadian Crime Problems!!!" They're like lice!

Heard about the latest shooting down in the US. I will skip with the usual 'thoughts and prayers' bullshit; I've had enough of that effing crap to last a lifetime. The blood dancing faggots will be along with their teddy bears, flowers and candles shortly - I will leave the ham acting to them. Goddammitalltohell - why wasn't somebody carrying? Gun free zones are fuggin shooting galleries for failed liberal social experiments. How many times do we have to see this? That shitbag should have had two in the chest and one in the pan after his first or second shot!

A couple years back the same scenario played out: some child prodigy with a single parent with a double-barrelled last name went to a church picnic with a duffel full of guns and the idea of sending some Christians to hell. He had more guns n' ammo than Rambo. He pulled his gun, got off a shot or two - and a lady calmly shot him twice in the chest and put him down. With no blood dance in the offing the local liberal media shit shovellers gave the story passing mention and forgot all about it.

We need a death penalty. We need a judiciary that has the stones and responsibility to use it. (The fact is we could stand to hang more than a few judges too, as far as that goes).

For the love of God - you guys have the Second Amendment. USE IT.