Campcraft: A Trip To The Outfitters


One of the depressing things about getting older is that going to the outfitters isn't like what it use to be. I go in there and see a steal of a deal on binoculars and would love to buy them... but I don't hunt anymore. I tell myself it's because of back pain but to be honest I would just get out there and wonder what the hell I was there for. Hunting is for younger men; I've had my time in the field and it is my time to move aside and let the next generation take to the field and stream. I hope they take better care of it than my generation did... but it ain't looking that way.

I catch myself all the time too - holy crap!!! Lookit the prices on snow camo!!! Oh man - what a beautiful trout knife... sure like that Scandihoovian axe... sob.

But there's still some fun for old farts to have at the outfitters! The other day I broke down and bought it: A Canada Goose parka: 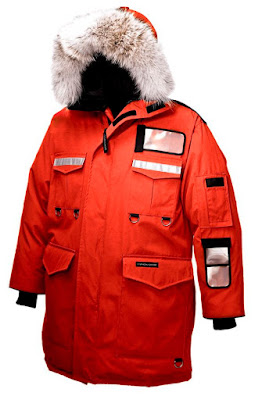 These look like cheap work parkas but they are built
for the outdoorsman. I've wanted one of these for years.

My dawgs are air cooled and they don't stop for weather. If it's -30C out they still want to go and smell the pee and poop left behind by the squirrels, chipmunks and their buddies. There is nothing better than going out to the rifle range in temps like that and having the place to yourself too. You can have all kinds of fun in weather that terrifies the pussies - if ya dress for it. My old coats had the bun and I couldn't even donate them so I pitched them and bought this one.

So I bought the coat and then went to eyeball the other stuff like the rifles, BBQ's, fart sacks and such. 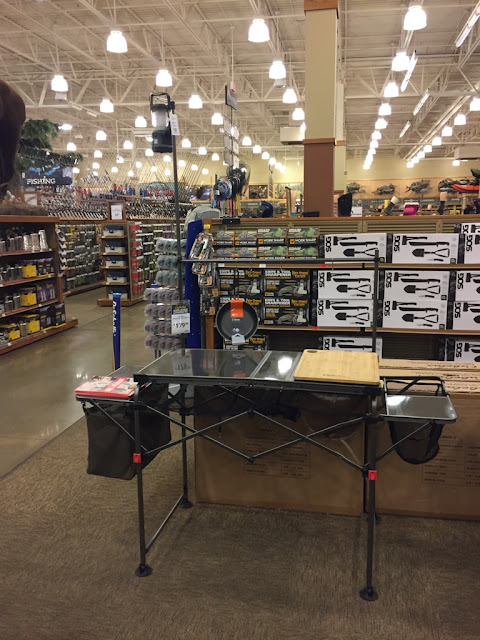 Hmmmm. It's a camp kitchen table! Might have to run that one
by the wife...


Hork, spit! Now that we 'camp' in an RV the game's changed. Weight means nothing, and the name of the game seems to be to have heavier gizmos and gear, and more of it than the next guy, HAR HAR HAR!!! If the wife likes it, we'll buy it; if not we'll run with what we have. I am not one of those gear-queers that has to have the latest and greatest gimmicks and gadgets to enjoy himself. 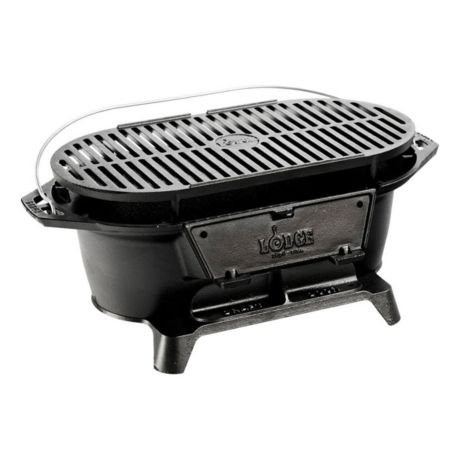 Oh man, is THAT ever cool: It's a super-heavy duty Hibachi!!!! I thought they stopped making them years ago! Pop used to buy them for camping but they were cheap pot metal crappy ones ya threw out at the end of the season. These are heavy cast iron... oh, be still my beating heart!

It's like an Easy Bake Oven - but for old farts!!! It's big enough that it might cook one big 'Mad Jack' sized Texas T-Bone steak - barely. But once we burnt his steak and got him off the grill, the rest of us could go to town! I would sit there, drink in hand, feeding small sticks n' twigs through that heavy hinged hatch - with maybe an industrial super sized can a pork n' beans on it! Baby!!! Off to the side I would have a couple pieces of koobasaw or some dogs burning to perfection. While I prepared the food I would of course be snacking on pickled eggs and red-lining my cholestoral levels.

No... I didn't buy it, it was $200.00 for what is essentially a toy... But maybe one day I will. Maybe going to the outfitters is still just as much fun as it ever was. Sure made the winter seem less bleak for awhile!

Have a good Saturday!