Shades Of My Father In Law 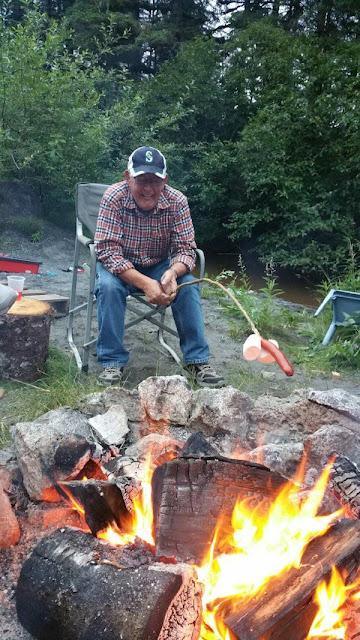 Like most in-laws, my father in law was an idiot and an ass - which probably explained why we got along so well in spite of our differences. He was always happiest during camping, fishing and hunting trips. He accidentally caught a whopper out fishing once, and casually flipped it back into the water without a second thought. Being a sportsman myself I can see that. He would go out hunting and forget his ammo back in camp - and when he got back to camp he would do the dishes, police up the camp and then plunk himself down with a drink - and just lose himself in the day. He would putter about if he got the notion - and do stuff like this. His pride and joy was a three burner Coleman camp stove that he would set up on the tailgate of his truck - and he would perform miracles on it. But he never forgave me for marrying his daughter, and when my daughter went through her troubles, he and his wife insisted on getting in the middle of things and making them worse.

It's not the big things ya miss when families disintegrate - it's the small things.
Posted by Glen Filthie at 08:11