Tales From The Timberland 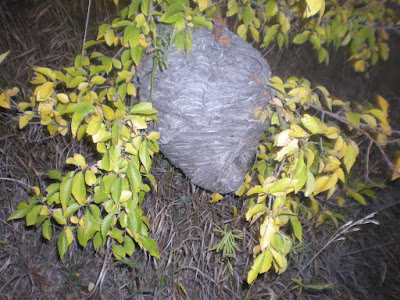 When I first heard this - I called BS. Years ago I was learning the ins n' outs of shooting black powder muzzle loading rifles. Anyone can shoot a muzzle loader; and shooting one well isn't that hard either - but there's some tricks and tweaks to it that may not be intuitively obvious to the novice.

Black powder geeks read their patches the same way modern reloaders read their spent brass. Just as fired brass cases can show warnings and pressure signs - the black powder patch can tell you whether or not your rifle and load are working well too. My rifle was a .54 cal Wop repro of the famous Hawken rifle. Blackpowder puritans and elitists refer to these guns derisively as 'Spaghetti Plains Rifles' because they at built in Italy for the most part. Some, like mine - weren't built particularly well either.

Oh sure, I could load mine up with powder, patch and ball, cap it off, touch it off and it went BANG like clockwork - but one of the stalwart intrepid riflemen of The Edmonton House Brigade noticed that my patches were being cut and burned through - with a loss of accuracy as a result.

A few leaves of hornet nest material between the patch and the powder solved the problem. One would think dried hornet's nest material would burn like paper. In the bore of a muzzle loader it burns like asbestos - meaning not at all! After I started using hornets nest in my loading procedure my groups tightened right up and my rifle started shooting like a respectable gun.

I know it sounds like a pantload - but it's true. If you know a blackpowder muzzle loader, and you stumble across an old nest this winter - be sure to scoop some of it for him.
Posted by Glen Filthie at 16:03