The Out House Sniper: It's About Compromises

Precision rifles are all the rage right now amongst the peasantry of Gun Geek Forest. I personally detest the precision rifle, or pretty much any gun built for one purpose, and one purpose only. I am a Rifleman: I need to be able to sling up and take that quick shot on the coyote at Sunnybrook Farm as well as defend my turf on the firing line from snipers like Mad Jack, Pete F and the boys. Precision rifles are deadly accurate, big, heavy... and expensive. Precision and quality are mutually exclusive, and ya get what ya pay for. A very accurate hunting or truck gun can be had for a good deal less.

Awhile back I bought a Remmy SPS Tactical in .308 when I caved into the peer pressure coming from the bad kids. These guns are shoddily made, and are a shit stain on the American industrial working man. That Big Green would let shite like these leave their factory is a testament as to how far American icons have fallen. When I was a kid, Big Green made rifles for men like me right out of the box - and they still do, kinda-sorta... and you pay through the nose for them. PBFBFBFBFFFFFT!

The savvy rifleman knows and understands this. My remmy 'tactical rifle cost $750.00. You buy them, pull off the barrel and stock and trigger - and keep pretty much only the action and rebuild the gun from the ground up. Out of the box, with a stock heavy contour barrel I could barely get under one MOA. Most went 1.5" at 100. I shouldn't bitch; for an Econo-Rifle I suppose that's not bad. I wanted better. 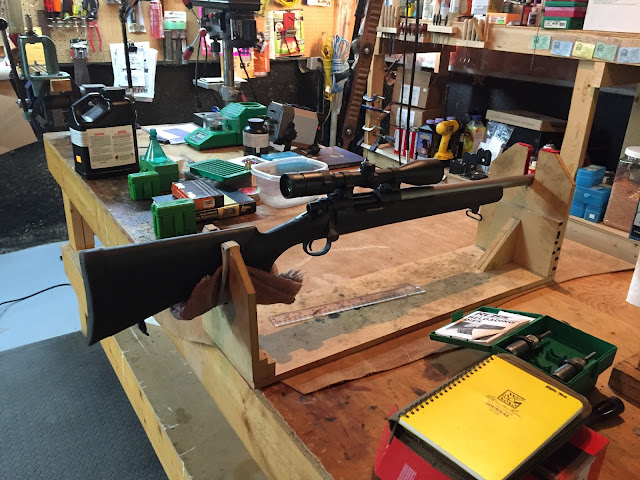 But, if I want to play the long-range game I pretty much HAVE to do all that, and go whole hog with the rest of the tweaks and farkles on the gun itself. 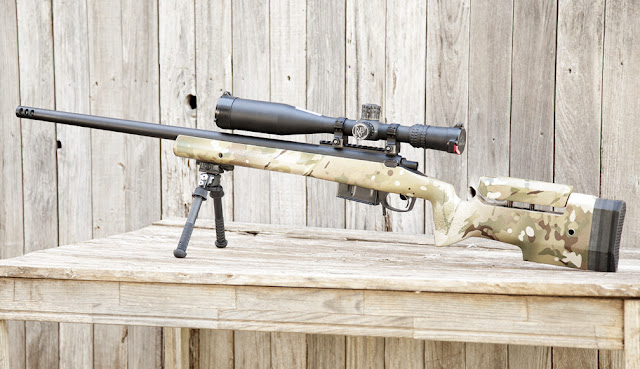 If you are gonna shoot at long range, premium scopes, pillar bedded barrels and actions,
adjustable triggers and all that jazz become critical.
This is the precision rifle and most good ones can come in around
0.3 MOA. How much accuracy do ya need, anyway?

You don't want to hunt with a rifle like that one above. She's heavier than WL Emery's 4th ex-wife, she'd be overkill in the bush where the deer hide out, and even my rifle, as it sits, is getting a little chubby for work like that - but she'll do it in a pinch.

Another money pit beckons I suppose. I think I'm gonna pass. I have enough gun to deal with the deer and bipedal featherless turkeys running around at my rod n' gun club, thank you very much!

I have to throw out a product endorsement here too. I do this as a gun club stubfart - these guys don't know I exist, and they don't give me any money for saying what follows. I say what I say as a happy customer: 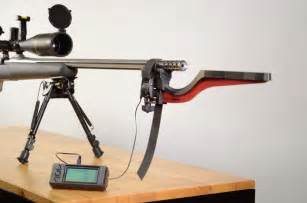 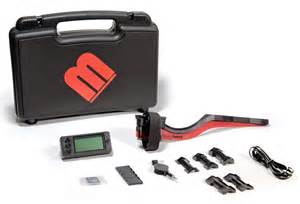 That is the magnetospeed chronographs that tells me how fast
my bullets are going.
BUY ONE OF THESE NOW.
DO IT.

Unlike old school chronographs these things strap on to your barrel and hang out front like a bayonet. There's no more of this BS about shooting a batch for groups and then shooting a batch over the chronograph. You do both at the same time and there no futzing with the damned screens, rods and other junk! Using it, I was able to confirm that my rifle starts to sing at 2700 FPS with 168gr bullets! Trust me, if you are a reloader and you take that seriously, and you seriously want to get into precision shooting - you need one of these.  I suppose I shouldn't be premature - I've only been out once with it but it was a pleasure to work with.

The nonsense at the rifle range continues apace - have a great Saturday!