Being a good Canadian subject of the Commonwealth, I keep a sharp eye on the Royals. I love The Queen and would gladly stand between her and the late Queen Mum and whatever devilry they ordered me to. They are/were both remarkable, incredible women that bear up under impossible loads that would cripple anyone less.

The rest of 'em aren't worth a hill a beans.

Chuck? Screw him, he married a ho, and when that went south he promptly got tangled up with another one of 'em. The rest of his generation are a motely crew of faggots, shrews, and wastrels.

The generation after that? Willy seems okay; he's an idiot but he's smart enough to know it and he largely keeps his trap shut. I would like to congratulate him on having more smarts than his Pop.

But...Harry. I had high hopes for him.

He couldnae been more than 6 or 7 when, during a photo op - he just about killed the entire royal family with a cabbage fart. Her Majesty looked like she was going to vomit, his father was red as a beet from either trying to hold his breath or embarrassment, and the Queen Mum and Willy were smirking at everyone and trying not to laugh.

As a teen he dressed up like a Nazi and the media filled its pantaloons with rage. The Family was incensed, but Harry just smiled and kept on being.... Harry.

During his military career Harry got mixed up with the armoured guys and was a tank commander. When his unit was sent to Afghanistan he was retained in Britain because they figured he would be too juicy a target for the talibangers. He defied the family and pulled rank - and joined his fellows in Afghanistan where he served honourably. When he got home, he took a break and then went right back to be with the squaddies again - and again, he defied everyone from The Queen right on down. Again he served with honour and business like competency.

When he got home the second time the media cornered him and asked him about some of his squaddies, some of whom were wogs. When he referred to one of them as 'my little packi buddy' the media swooned, clutched its collective pearls - and fainted. HAR HAR HAR! He's twice the man I am and half my age! 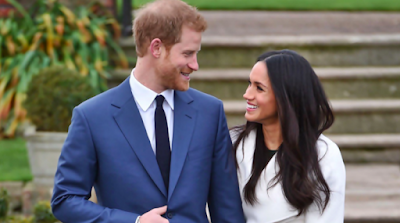 Why - I'm not sure I approve of this at all!!! By all accounts, the lad's mother was a total flake who couldn't raise him right even had she lived ... and I'm hearing grumblings that this lady is too. I am strongly tempted to write the Prince a stern letter with my concerns and admonishments - but Harry has an endearing habit of giving pompous blowhards like me the finger and doing things his own way and having everything work out right. I am forced against my better judgement to give Harry my blessing - and wish him the best of luck in this. He certainly deserves it.
Posted by Glen Filthie at 09:27