He Just HAS To Be Canadian 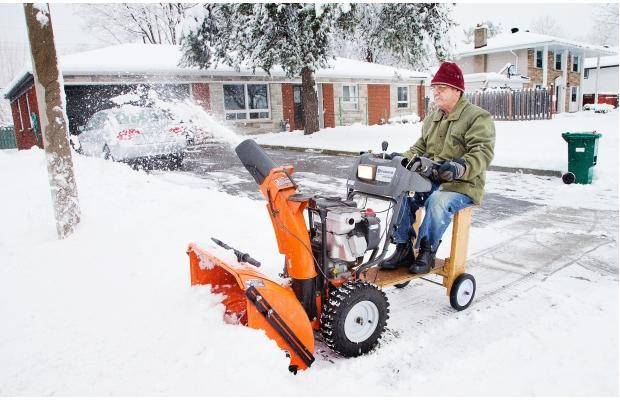 Years ago I worked for a company where the President was indistinguishable from the rest of us working slobs. I had gotten back to the shop late one night and spied a brand new snow blower - with big bejeezus tank treads instead a wheels on it! And - a great big bejeezus snow drift in the parking lot that needed to be dealt.with. I went at it and was having the time of my life playing with it when the President came out and told me I was relieved and he would finish up. I told him to get stuffed and a grumpy old man fight ensued and I got my face washed out with snow. When I was later told he was the president of the company I nearly died of embarrassment.

I got to play with the snow blower again later on - but only after the novelty had worn off for the senior brass first.
Posted by Glen Filthie at 16:39