Probably Even Before MY Time... 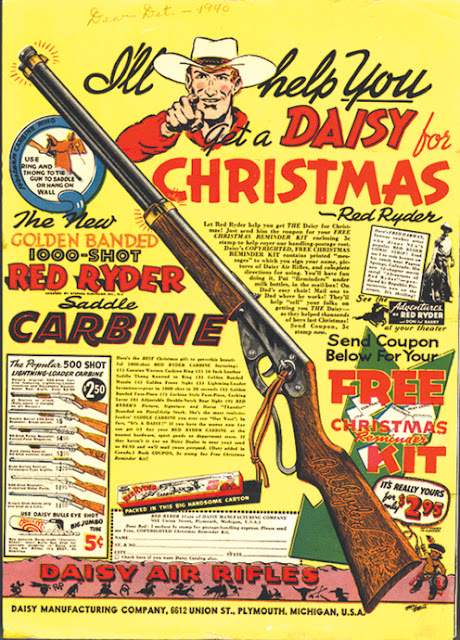 Boy oh boy - that brings back memories. I used to dream of high powered rifles and hunting monster deer and elk as a kid - but my family was a bunch a flaming liberal assholes that hated guns and hunters. I was told 'No guns in this house!!!' and when Mom found my BB gun I got the very hell of it! I told her I was covered under the Second Amendment so she could shove her gun grabbing where the sun don't shine - and I learned that the Second doesn't apply up here in Canukistan.

When I got into my teens I was seriously pro-gun, Mom was outgunned and I read my parents the riot act - I was gonna buy one a those Savage 99 lever guns in .308 and if they didn't like it, they could go jump in the lake. Pop intervened and bought me a .22 for Christmas, bless his heart - and to be honest that is the way to start everyone out. .22's can grow with you - our best snipers at the rod n' gun club get absolutely murderous at the .22 shoots and they play for blood and don't give an inch! Even if the top prize is a cup of coffee, they are banging away with top notch match ammo and $1800.00 target guns. Rimfires can be as serious as the big centrefire guns.

Little kids, say 10 and under - get 'em a Daisy BB gun and they can play with it without getting in too much trouble. I know they make midget .22's for little kids - but they like to play. .22's are serious guns they can grow into later. (That's just my two cents, your kid will tell you when they are ready to move up). In my experience kids need to be around 13 or 14 before you can leave 'em with a gun and trust them with it.

Keep the marksman in mind this Christmas! And for the farm kids and bohunks out there - some Christmas cheer, courtesy of the rich and famous Nestor Pistor!

I think Ukranian Christmas is in January - but don't hold me to that.
Who knows with Bohunks...?
:)
I will find out about that and wish them a Merry Christmas later.