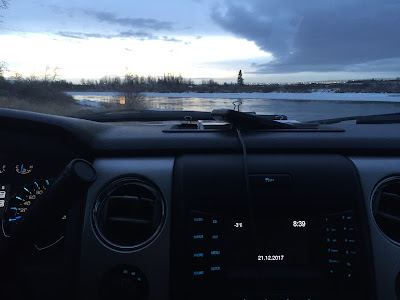 Ugh. Winter is tough on me - I love the weather, it's downright balmy by Aaaaaadmontin standards... but I HATE the short days and endless nights. Lookit that - darn near quarter to nine and the rooster is still snoozing on his perch! Ya go to work in the dark, ya come home in the dark. The sun sets at 4:15 here today. 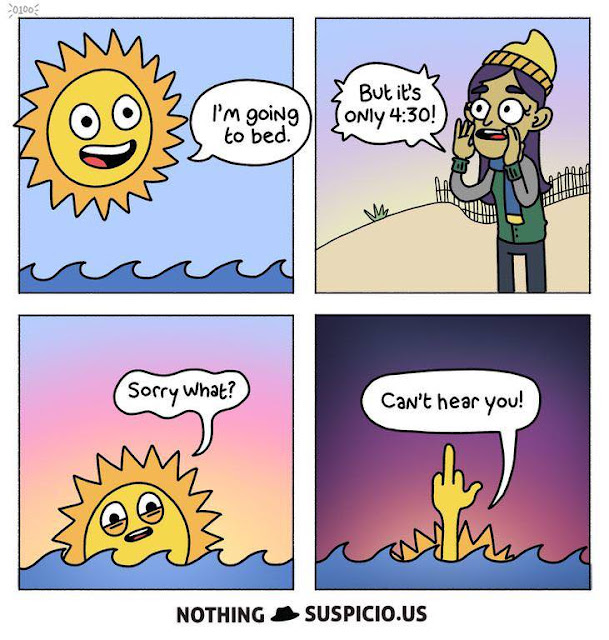 Winter Solstice is a big thing for me personally. While I am an outhouse Christian of sorts, I also like the idea of pagan blood sacrifices to the sun and would like nothing better than to dress up in a loin cloth, do the Oogah-Boogah round a volcanic campfire - and sacrifice our politicians to the old gods in hopes of currying their favour for a prosperous new year! HAR HAR HAR!!! HAR HAR HAR!!

But - this is life in the Great White North. And there's a plus side to everything. Back when my wife and I were kids, this long haired liberal f-knuckle accidentally produced one of the most endearing of Canadian songs. Today he's just another greasy, elderly hippy but he can still sing, oddly enough. Once you understand that Bruce Cockburn is just another liberal dancing monkey not to be taken seriously - you can truly enjoy his music. He is a product of Morontario, Tranna to be specific, where the asshole density is almost as high as it is in New York City, if ya catch my drift!

I hope your loved ones are close on this longest, if not the coldest night of the year.  :)