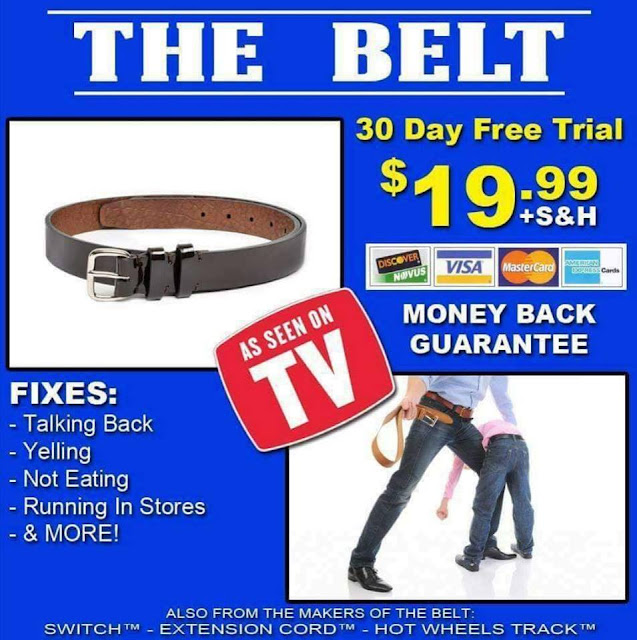 I don't think most kids need the belt. When I grew up Pop would manually adjust our attitudes with a wooden spoon and everything was cool after that. The strap was an option if we chose to escalate our difference of opinion. If we survived that, Pop had a stock whip. There were no doubts about whether he would use them or not if he felt the need. Pop was not abusive but he didn't take shit off his kids and that is to my benefit. Raised as kids are now - I'd probably be in jail!

Crime and punishment was never a relationship I could get across to my daughter. I was told groundings and time-outs would correct her behaviour but as a kid - if you put her in a room full of books and crayons and paper - she could do years in her room standing on her head. I was like that too as a youngster. I took the wooden spoon to her twice as a child and both times I was told I was an abusive father. I look at that little twerp now, and realize I was a softy and let the outlaws coddle her and spoil her. She never grew up as result - like so many of these millennial snowflakes these days.

For you younger folks - trust me on this: you spare the rod and spoil the child... at some point in life you will both regret it.
Posted by Glen Filthie at 02:49