Hmpfffff!!! You have to read the comments on that one too.

I develop a split personality over crap like this. If you ride as I have done for over 40 years now, at some point you will develop a lust for Harley Davidson motorcycles. I did, years back there was a Fat Boy Slim with my name on it.

Those Harley guys know who the mark is too. I walked into their dealership, a fat old guy with a gut and a hat that looked like he'd wiped his ass on it, and they had my number right away. I was promptly accosted by a hottie with a low cut dress on, and the voice of an angel. She matched me up with a Fat Boy Slim with enough chrome on it to seduce a Tibetan monk. Her melodious angelic voice contrasted hypnotically with the satanic rumble of the Fat Boy - and I was lost. I didn't snap out of it until she started talking about all the accessories and bolt-ons. That $ bike, $$ as $$ it $$ stood $$ on $$$ the $$$ showroom $$$$ floor $$$$ could $$$$ be $$$$$$ customized. Holy $hit!!!That's when I heard the devil start to laugh. I came back to my senses then, and realized that I was a fat old man getting seduced by a tramp and some shiny heavy metal - and both were playing my ego like a strativarius. 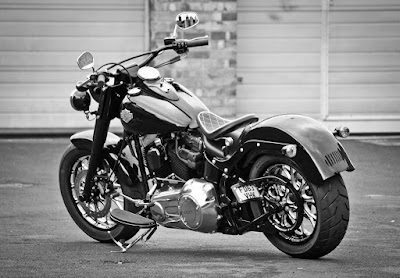 This is the American Dream for motorcyclists.
And you can have it - it's for sale.

A couple years later the devil had another go at me when he tempted me with one of those Indian motorcycles. I barely escaped that one too.

There's a few errors over at Camp Borepatch, in my opinion. First of all, that new HD touring bike was around $70k last I looked. What is it? That new CVO? I'd look it up, but I can only look at such motorcycles in the reflection of my shield. (I will turn into a puddle of jelly if I look at one directly). One a the fellas said that HD riders are elitists and snobbish. Some of them are, but most that I have seen are just old farts like me that can still look good on a hog on the way to the bar. They're friendly, and talkative and for most of 'em - they will ride with anyone who is of good cheer and sport. I like the HD guys and sometimes ride with them in hopes that some of their coolness will rub off on me. Hasn't worked yet but ya never know.

I may step on a few toes here, but facts are facts. Harley's are grossly over priced because they are built by union slobs, not real Americans. One of the commenters there said there should be a bike in their line for the kid going to school, or the working man with a family - but HD aims squarely at the yuppy market. Kids and working men get priced out. Harley likes to strike patriotic poses - but I don't see anything patriotic about the brand. My Kawi was built by Americans too. Real Americans (and Canadians, for that matter) are not snobs - and I'm sorry, but that is what HD has become for a lot of people - and it turns a lot of other people off.

I seldom sit on the fence about anything but I will here - I would love to ride with BP and many of my friends ride Harleys. They pay through the nose for it, whilst my big Kawi is paid off and runs like a top. Years ago I decided that I ride to go places, not impress people. It was a good call then, it is now - but it still sticks in my craw sideways! I am often tempted to go storming right back into the dealership, and tell that big boobed bimbo to shut up and take my money. 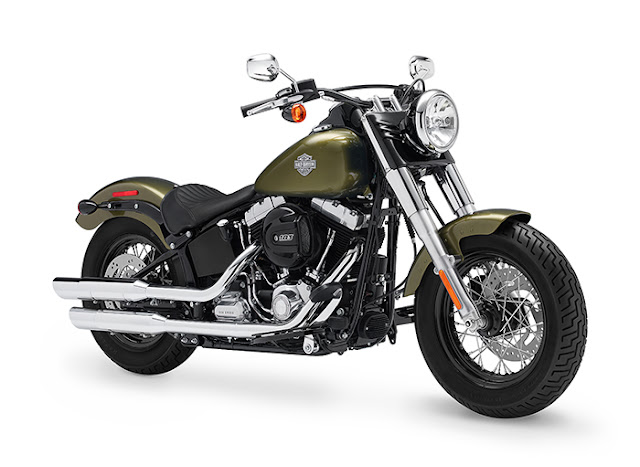