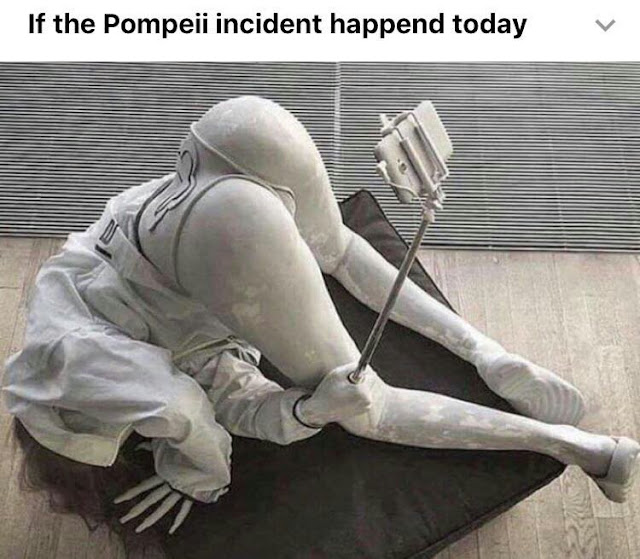 Somewhere, a hundred years ago, I found a rare treat on the internet. It was a period account of a ship's captain that was out at sea watching Vesuvius erupt. He and his men watched as the volcano spewed tons of rock and gas - but being ancients, they had no understanding of toxic gases.

The captain and the officers dithered for a bit. Clearly, the gods were mightily pished with people of Pompeii; but these were brave men. They lived and died at the whim of their gods, and with people in trouble, they set a course into the harbour to begin rescue and evacuation work. They sailed into what they thought was harmless fog and smoke - and were promptly overwhelmed H2S and other noxious gases that billowed out of the raging volcano. The ship was later found, all hands dead, drifting. Can you imagine that? Nobody would have known what killed them; the sailors themselves would have gone over without a clue about what was going on. They knew bad things were happening on shore, they had no idea of the risks - but they went anyway.

How did we go from being people like that - to people like this? Mind you - they did find the remains of that guy in Pompeii that died whilst spanking off a load, so maybe we are still the same animals we always were.

That is unsettling too, when ya think of it.
Posted by Glen Filthie at 05:29