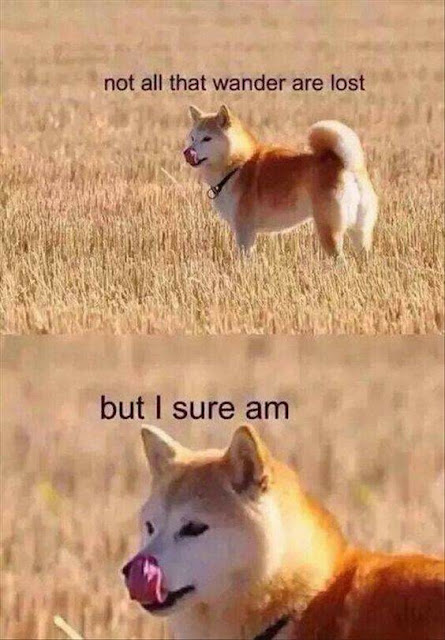 It's been a hell of a ride. I found a faith that was not what I was led to believe it was. It allowed me to look at my fellow man in ways I never seen him before - and it gave me a sense of freedom that was staggering. Why am I here? What am I supposed to do with the freedom I worked toward all my life?

The question was answered this morning at 4:30 am. I was rudely rousted by a couple of four legged hoople heads, dragged around the walk at Centennial Park, and got eaten by mosquitoes. We saw a coyote and Mort immediately went into DEFCON 1 and planted himself between the critter and me. When it loped away he ran up front, herded Macey back to me and then took the point on the walk himself. A rabbit hopped out on the trail once the coyote was gone - and Mort didn't give it a second glance. He was in Threat Mode and his mission was to protect his pack and no bones about it. Once he was convinced the threat was past, he went back to being his usual self: an oafish, clownish retard.

Perhaps my place on this earth is as a focal point for the missions of others? Being lost isn't so bad, HAR HAR HAR! Welp - gotta go. We have coffee with Queen Mary, and after that I have a day in the cool dim basement, loading up black powder cartridge rounds for the Retirement Rifles. My mission now, I guess, is to stay out of the way, shut my gob and stay out of jail! Wish me luck! :)

Have a good weekend!
Posted by Glen Filthie at 07:06